"One of the best family departments in London. The firm as a whole provides a "Rolls-Royce" service, with particular expertise in cases with an international/multi-jurisdictional element"

One of the most difficult situations that can arise following a separation or divorce is where one parent wants to relocate or needs to move abroad with their child(ren) and the other parent does not want to or cannot move to the same country.

We work successfully with parents wishing to move abroad or opposing such a move. We have set out below some frequently asked questions and short answers  in relation to whether you wish to leave or oppose the move.

These FAQs give an overview of some common issues and how they might be tackled but they are not a substitute for taking legal advice as soon as possible.  These cases are difficult and early legal advice is strongly recommended.

To move abroad with a child, a parent will need the consent of the other parent (because of the concept of ‘parental responsibility’, explained in question # 1 below) or a Court order. Most parents come to us because they have been unable to obtain the other parent's consent or do not agree to the move. The issue is binary, stay or go, and very often this means that a court process is necessary.

1) I want to move abroad with my child: what should I do now?

Consider whether this move is in your child’s best interests

If you want to move abroad with your child, think about how a Court would look at your application if you have to make one.

The Court’s “paramount consideration” when considering any question relating to a child’s upbringing, including which country a child should live in, is that child’s welfare (section 1(1) of the Children Act 1989).

If you think, having regard to these factors, that a move abroad is in your child’s best interests, your next step is to seek legal advice.

International relocation really does require early legal advice. The approach that you take from the very beginning may be critical to your chances of success. An early meeting with us will involve the creation of your strategy to achieve a successful outcome. This will allow us to discuss the strengths and weaknesses of your case and start putting together the practical plans that are so important if you want to move abroad with your child.

Come up with a practical plan for the move

There are many things to consider if you want to move abroad with your child.  Listed below are just a few:

There are other options to going to court and we advise all of our clients on the different approaches of achieving what they want as follows:

If you cannot reach agreement and still wish to move abroad, you will need to issue Court proceedings.

Please see below for an explanation of why you cannot just take your child abroad.

Can I Not just take my child abroad?

If you take your child abroad without the consent of the other parent, you will have ‘abducted’ the child. This can result in Court proceedings in England and the country you take your child to in order to secure the safe return of the child to England. It can also result in criminal proceedings. Not only will this be stressful for your child and you, it is also likely to have a negative impact on any future applications to move abroad with your child. It may even cause problems with future holidays overseas.

2) My ex-partner wants to move abroad with our child: what should I do now?

Unless you agree, your child’s other parent will need to ask the Court for permission to move abroad with your child.  When considering whether you will object to any such move, it might be helpful to consider what a Court would do if faced with an application.

The Court’s “paramount consideration” when considering any question relating to a child’s upbringing, including which country a child should live in, is that child’s welfare (section 1(1) of the Children Act 1989).

If you do not think, having regard to these factors, that it is in your child’s best interests to move abroad, your next step is to seek legal advice.

International relocation really does require early legal advice. The approach that you take from the very beginning may be critical to your chances of success. An early meeting with us will involve the creation of your strategy to achieve a successful outcome. We can discuss the strengths and weaknesses of your case and the other parent’s case.   It is crucial to consider the practical arrangements being proposed, or which you think may be proposed, by the other parent and also the arrangements that will be in place if your child stays here.

Assess the other parent’s practical plan and consider your own

Has the other parent provide you with their plan if they were to move abroad?  If so, have they considered all the factors you think are relevant, such as those suggested above?  What issues do you see that they have not considered?

You should also consider:

These considerations should form the basis of any discussions you have with the other parent about their desire to move.  A summary of the possible options available to you to reach an agreement without going to Court can be found HERE.

Can the other parent just take my child abroad?

No. This would amount to child abduction. If your child’s other parent takes your child abroad without your consent, they will have ‘abducted’ the child.  This can result in Court proceedings in England and in the country they are in to secure the safe return of your child to England.  It can also result in criminal proceedings.

If you are concerned that your child may be taken abroad without your consent, you can file an urgent Court application.  You can apply for your child’s passport to be given to you if you do not have it or, if you think the other parent may be about to travel imminently, you can urgently apply for alerts to be raised at ports to stop them.

3) What is the process if I have to go Court?

We have set out below the key stages if an application for your child to move abroad, often referred to as a ‘leave to remove’ or ‘relocation’ application is made.

Professionals involved with a relocation application

Here is a list of some of the professionals who are or may be involved with a relocation application.

FAQs in relation to Court process

Will I have to speak at Court?

If you have a solicitor and a barrister, you will usually only need to speak at the final hearing (not at the FHDRA). It is at the final hearing that you will give your evidence, in response to questions asked by your barrister (known as examination-in-chief) and in response to questions asked by the other party’s barrister (known as cross-examination). If one party cannot afford a solicitor or barrister, they will usually need to speak at Court themselves, at both hearings, because they will be performing the role of the barrister.

4) How will the judge decide my case?

What will the judge consider?

The judge will have:

Your position will be put forward in your statement and in your oral evidence. You will consider your child’s position in your statement but their wishes and feelings will also be assessed by the CAFCASS officer / ISW.That is one of the primary purposes of this independent, third party report. It is not common for a judge to hear from the child directly but this can happen depending on the circumstances of the case and the age and wishes of the child.

The judge’s paramount consideration is the welfare of your child. Whether a move abroad will benefit or have a negative impact on the welfare of your child will be considered in light of all the evidence presented, often with reference to the ‘welfare checklist’, and also to relevant case law. The cases set out below are generally considered to be the key cases in relocation applications:

At the end of the final hearing, a judge will make a final order granting or refusing permission to relocate your child.

If you require further information or advice from our team of specialist family lawyers, please contact a member of our team or call us on +44 (0)20 7814 1200. 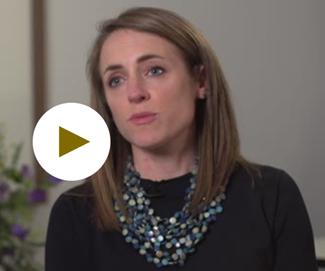 "They made a very difficult time much easier to deal with. Their professionalism kept me sane and focused on the outcome I needed"

"All have been excellent and have shown great diligence and practicality, along with sensitivity during a very difficult time in my life"

Taking Children Abroad After Separation or Divorce - How we can help

Thinking about the Children

We have considerable expertise in guiding our clients through the legal issues affecting their children and placing them at the centre of all decisions made following separation to minimise any potential distress for them.

British Expat Divorce in the UAE

COVID-19: overcoming the challenges of co-parenting for separated and divorced parents

Brexit and family law – what will happen to divorce, financial proceedings, prenups and cases involving children?

Co-parenting with my ex - how do I do it?

Custody, expatriate children and the UAE