Webinar: Costs in private prosecutions – an update for practitioners

Raising investment for startups: what legal documents would you expect to see?

Chambers UK 2020 - A Client's Guide to the UK Legal Profession

Who's Who Legal for Investigations - Future Leaders 2018

Caroline specialises in complex fraud and financial crime. She acts in cases of serious fraud, money laundering, corruption and cartels and has advised individuals and companies subject of investigations and prosecutions by various agencies including the Serious Fraud Office (SFO), the Financial Conduct Authority (FCA), HM Revenue and Customs (HMRC) and the Competition and Markets Authority (CMA) (formerly the OFT).

Caroline acts for corporates in complex investigations. She has conducted numerous internal investigations on behalf of companies and has a particular interest in cross border cases. Her experience extends to Mutual Legal Assistance (MLA) requests and extradition.

Alongside her fraud and general crime practice, Caroline represents members of the Chief Police Officers Staff Association facing disciplinary inquiries. She has public law experience; Caroline represented a number of military witnesses before the Baha Mousa Public Inquiry, and is currently advising in connection with the Independent Inquiry into Child Sexual Abuse, led by Professor Alexis Jay. 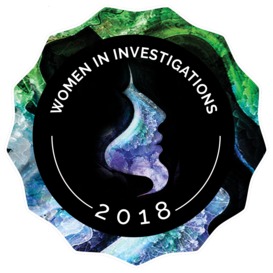 We have a long track record of defending corruption investigations for individuals. Our expert lawyers can also advise on internal investigations.

Our top ranked cartels team is extremely well placed to provide advice to individuals and companies who are caught up in cartel activity.

When subject to a “Dawn Raid”, search and seizure operation and search order you require timely advice. Our specialist lawyers can provide the assistance you require.

When fraud occurs the first steps are critical. Our unparalleled expertise will show you how to act.

Defending complex white collar cases successfully is what we are known for. The firm has the largest team of specialist criminal lawyers in the UK.

Corporate clients require sophisticated and sensitive advice when they encounter internal crises which have the potential to escalate.

When an individual or company is faced with a criminal or regulatory investigation we manage every step of the process.

The UK’s anti-money laundering (AML) regime is amongst the most stringent. We represent both individuals and organisations in AML matters.

Robustly defending requests from foreign jurisdictions is not for the faint-hearted or inexperienced. Our lawyers are recognised leaders in the field.

We act for witnesses at all stages in criminal investigations.

Our experienced and empathetic lawyers provide legal advice and guidance to individuals and companies who are victims of crime.

The team is consistently recognised for its public inquiry expertise, with over 25 years experience in all the major inquiries.

We are known for our notable strengths in judicial review litigation and our incisive and pragmatic advice.

We have expertise in administrative and public law, together with our real enthusiasm for the work we do.

The Practitioner’s Guide to Global Investigations

Fraud in the time of COVID-19

#Brexit, the CMA and competition enforcement

OPBAS – FCA consults on the “supervisor of supervisors”

Cutting red tape: A review of the UK’s Anti-Money Laundering and Counter Financing of Terrorism regime

FCA guidance on how firms should deal with PEPs: a proportionate approach