Routes to parenthood: An evening exploring the options available to LGBTQ+ and modern families

Launch of the ECBA statement on mutual recognition of extradition decisions

Medical Negligence and Personal Injury claims: what you need to know - Episode 8 - Settlement or Trial

The Police, Crime, Sentencing and Courts Act 2022 ‘the Act’ has correctly attracted much criticism since it was introduced as a Bill to the House of Commons in the March of 2021. There are numerous and alarming issues raised for civil liberties raised by this legislation which are beyond the scope of this post (see here for further commentary). Nonetheless, there is one aspect of the Act (which received Royal Assent on 28 April 2022) that can be welcomed: the expansion of the scheme for disregarding convictions or cautions received for historical consensual same-sex sexual activity.

Since 2012, individuals with historical convictions or cautions for consensual same-sex sexual activity have been able to apply to have them disregarded. However, since its inception, the scheme has placed limitations on which repealed offences could form the basis for a successful application (we wrote about it here).

Previously, those applying would only be successful if their previous caution or conviction was for a specified offence with a focus on the repealed offences of buggery and gross indecency between men. However, under the new changes pardons will be made available for any repealed or abolished civilian or military offence that was imposed on someone for, or arising from, consensual same-sex sexual activity. A significant criticism of the original scheme derived from the fact that it excluded the offence of “importuning” which was legally intended to apply to the solicitation of sex work but was found by the Home Office to have been “primarily used to regulate same-sex behaviour in public”.

The scheme contains a number of conditions that must be met for a disregard and a pardon to be granted, including that any other party must have been aged 16 or over and the sexual activity must not constitute an offence today.

The expansion is the result of a long campaign criticising the limitations of the previous scheme. Lord Lexden, in a statement jointly released with Lord Cashman and Professor Paul Johnson, said of the original pardon scheme that:

“The existing legal arrangements to do this are too narrowly drawn. Many gay people who were the victims of past injustice are excluded from them. This is particularly true of individuals in our armed forces, brave people whose careers serving our country were suddenly destroyed.”

The change will enable those who have died before it came into force, or within twelve months after it takes effect, to be posthumously pardoned. However, at the time of publishing this blog the relevant parts of the Act have yet to enter into force. The amendment will therefore bring many gay, bisexual and queer people, living and deceased, at least some of the restitution they deserve.

How to apply for the pardon?

If you have any questions regarding the information above, please contact Áine Kervick or a member of our criminal litigation team.

Áine Kervick is a Senior Associate in the criminal team with a wide range of criminal litigation experience. She provides advice and representation to individuals and corporates from the initial stages of criminal investigations up to trial. She regularly represents individuals at police station interviews. 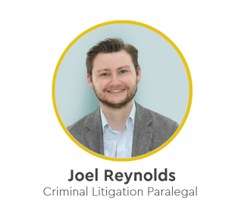 Has the Supreme Court opened the gates to costs being awarded against regulators?