Calling out discrimination in banking bonuses

This article was first published by efinancialcareers on 22 January 2020.

As bonus payout season approaches, what does a successful female banker, trader, analyst or even compliance officer do who fears they have been paid less than their male counterparts?

I worked on the important Louise Barton discrimination case some 17 years ago where the complainant faced the same dilemma.

She bravely bought a claim against her then employer Investec Henderson Crosthwaite which found that she was significantly undercompensated (to the tune of £700k) compared to her male media analyst peer. Although her case ended up settling (but only after an appeal), it was regarded as landmark in the City at the time in that it challenged the idea that banks could hide bonus pay behind a veil of secrecy and avoid an obligation to pay genders equally. Put another way it  put the onus on banks to be able show they operate a fair system of remuneration (rather than the burden of proof being on the complainant).

Fast forward to 2020 and has life really changed for women in the City? Despite the original Equal Pay Act which became part of the Equality Act in 2010 and a drive to recruit more women into the ranks of financial services and foster a working culture that is more female friendly, the sad fact remains that there is still enormous disparity of pay between the sexes and we know it.  This is particularly acute in the City.

The way the bonus system works based on discretion of the employer to reward individual performance, means the paranoia, niggles and concerns many women going great guns in their career will be having this bonus season are as familiar as those experienced by women I have spoken to over the years convinced they have not been fairly treated.

So what to do?

Any claim for discrimination must be brought within three months of the date the bonus was paid.

To succeed, you need to be able show that you have been paid less favourably than your colleagues because of your gender or, for example, because you are pregnant or have been on maternity leave.

First you should submit a Questions and Answers Form under the Equality Act to establish the rationale behind your award.

Other things you should consider are:

Ask difficult questions to those involved in the decision making process including whether they have complied with their obligations as an equal opportunity employer and how they have done so.

Whilst employers ask for confidentiality,  speak to your colleagues and try to get a sense of what they may have been paid.

Also consider past trends of what you have seen in previous years and awards made.  Think about what you know about how your male colleagues have been treated  in good and bad years.

Consider informally raising the issue with your more senior mentor or confidant to see if they can assist.

If you are getting nowhere informally, then consider raising a grievance.  If other of your female colleagues feel that they are being subject to similar treatment then consider doing it on a group basis.

Of course, bringing a claim is not for the faint hearted. Previous bonus and discrimination litigants have talked about the stress involved and the stigma that lingers even to the point that they become unemployable.  However arguably cultures and practices will only change the more women are prepared to call out discrimination and hold employers accountable for their decisions. And although fair pay hasn’t necessarily changed, it does feel that we have reached a time and a generation tipping point when women’s willingness to accept the status quo is changing. Maybe women will now even be applauded for taking a stand rather than expected to leave the industry altogether. We can but live in hope….

This article was first published by efinancialcareers on 22 January 2020.

If you would like any further information or advice about the issues explored in this blog, please contact Corinne Aldridge or another member of our employment team. 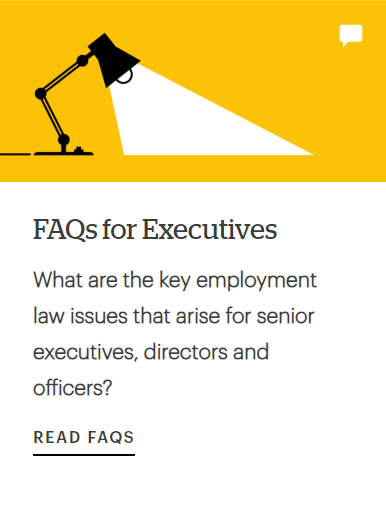 On 13 May 2022, the FCA published a final refusing Alexander Jon Compliance Consulting Ltd.’s (“AJCC”) application for authorisation to provide regulatory hosting services. There is no specific definition of what a regulatory host is, but the FCA generally regards it as a commercial arrangement whereby an authorised Principal firm appoints and oversees a number of unconnected Appointed Representatives (“ARs”) which operate across a range of markets.

Regulatory compliance, trust and confidence in the financial services sector

In a case that attracted national media coverage and emphasises the crucial importance of regulatory compliance and the highest standards of professional conduct in the financial services sector, the High Court dismissed a breach of contract claim brought by an investment manager.

For the fourth year the FCA has published research on the changing relationship between consumers and cryptoassets. In spite of the pandemic, the strong upward trend in public engagement and media coverage has continued, with the FCA estimating 2.3 million adults now hold cryptoassets.

The discontinuation of LIBOR and phasing in of SONIA in the Sterling Markets, what do we know so far?

Global financial markets are preparing to transition away from the use of the London Interbank Offered Rate (“LIBOR”) and adopt an appropriate alternative risk free rate (“RFR”) by the end of 2021. What are the reasons for the move away from LIBOR, the progress to date in terms of identifying the Sterling Overnight Index Average (“SONIA”) as the most appropriate alternative rate in the Sterling markets, and the steps still required to be taken to ensure such markets are ready for the phasing out of LIBOR by the end of the year

Breach of 2002 banking undertakings - the CMA writes to Danske Bank

At the end of last month, the Competition and Markets Authority (CMA) published a letter written to Danske Bank concerning its breach of the Small and Medium-sized Enterprise (SME) Banking Behavioural Undertakings 2002, following loans it had offered under the ‘Bounce Back Loan Scheme’.

Time’s up: Deadline passes for crypto firms to register with the FCA

As of 10 January 2021, all cryptoasset firms are required to be registered with the Financial Conduct Authority (FCA) under the Money Laundering Regulations.

FCA focuses on risks associated with unmonitored communications, including the use of unencrypted apps, such as WhatsApp, for sharing potentially sensitive or confidential information when working from home.

First anniversary of the extension of the Senior Managers & Certification Regime

As we near the first anniversary of the extension of the Senior Managers & Certification Regime (SM&CR) to solo-regulated FCA firms, the first round of annual fitness and propriety assessments will be topping the to-do lists of many compliance professionals.

The Holiday is Over: Will the FCA’s efforts to support homeowners after the mortgage payment holiday be enough?

One of the impacts of the Covid-19 pandemic is that national income has fallen dramatically. In response to concerns from homeowners unable to meet their mortgage repayment requirements due to a drop in income, the Treasury and Financial Conduct Authority announced a ‘mortgage payment holiday’. This was the result of banks agreeing to allow mortgage-holders suffering from a drop in income to pause their repayments. A ban on home repossessions was put in place at the same time

The FCA announced on 5 November that it has banned three individuals from working in the financial services industry for non-financial misconduct.

The Financial Conduct Authority (“FCA”) has recently provided information to their regulated firms as to good and bad practice relating to, amongst other things, the carrying out of fitness and propriety (“F&P”) assessments.

Research recently undertaken by the FCA has found that 5.35% of the UK population hold (or have previously held) cryptoassets where in 2019 this figure was 3%. For several years now the Government, the Bank of England and the FCA have been consulting on and considering how best to regulate this burgeoning market.

Inappropriate behaviour - when the past is not left in the past

The news that Stephen Jones, head of UK Finance, has quit over "thoroughly unpleasant" personal comments he made in 2008 about financier Amanda Staveley, is a stark reminder to executives that their past behaviour may one day come back to haunt them.

Who’d be a Whistle Blower?

The indications are that an increasing number of individuals are coming forward, particularly in the financial services sector, to call out wrongdoing.

Your legal rights on returning to work during COVID-19

Whilst the prime minister's broadcast on 10 May did not open the floodgates to City employers requiring staff to "return to work" enmasse, most firms are already drawing up plans for how that should be organised and many of us will have been thinking about what will happen when employers start to update their 'work from home' advice.

Partners' future under spotlight during crisis

In a startling opening to a recent Newsnight, presenter Emily Maitlis began with the words “They tell us Coronavirus is a great leveller. It’s not. It's much harder if you’re poor."

How can partners prepare for a post COVID-19 firm cull?

Partners need to do what they would advise their own clients to do: be well prepared.

Taking a pay cut - is it the right thing to do?

The moral arguments may well still apply but where salaries are less stellar, there may be more for an individual to lose on a relative basis and thornier issues to weigh on a practical level.

While plenty of people in all sectors are now working from home, designated key workers in the financial services industry are still being forced to go to work.

10 FAQs setting out the key employment law issues that arise for senior executives, directors and officers.