Webinar - Free Movement and the UK: The End of the Road?

Kingsley Napley shines a light on women in sport, with Phoebe Graham

Most of us remember our 18th birthday.  Finally you are old enough to do a whole list of activities which were previously prohibited – you can vote, buy alcohol, open your own bank account, gamble or even get that tattoo you always wanted. On top of this, you are now deemed an ‘adult’ in the eyes of the law.

There are now calls for ‘young adults’ – aged 18-25 – to be recognised as a distinct cohort in the eyes of the law and for separate sentencing principles to be formulated, which adequately take account of their developing maturity.

‘Young adults’ as a distinct group

We are becoming increasingly aware that the divide between children and adults in the sentencing process does not accord with the realities of young adults’ development.

The particular challenges felt by young people, such as entering the work force, moving away from home or forming stable romantic relationships for the first time, are formative experiences that make this period in human development quite unique.

Neuroscience research has proven that brain development continues well into the mid-20s, with notable evidence that the development of the frontal lobes of the brain, which regulate decision making and the control of impulses which underpin criminal behaviour, does not come to an end until the person is 25 years old.

Social contexts also have an influence on the rate of maturation of young adults, with current parenting practices contributing to the extension of the idea of ‘adolescence’ beyond how it was understood by previous generations. For example, the prevalence of ‘helicopter parenting’, where parents are overbearing and interrupt their child’s ability to function on their own, indulges the idea of extended youth and means many young people are denied independence until they have left the family home. Lack of appropriate levels of responsibility throughout an individual’s life can stifle their rate of maturation and prolong the period they need to fully transition into adulthood.

The move into adult independence can also leave some young people without the support network they have relied upon for the entirety of their lives so far. For young adults who have experience in the criminal justice system, support services which can act as protective factors, such as mental health, education and youth offending services, fall away at the age of 18. This can amplify feelings of vulnerability and isolation, leading to a higher risk of reoffending in this age group.

What is the current sentencing regime for young adults?

The law treats young people aged 18 in exactly the same way as any other adult, drawing no distinction between their relative life experience. Currently, the only sentencing principles issued by the Sentencing Council that exist for a specific group of people are the overarching principles for children, which apply to those aged under 18. However, the moment a young person turns 18, the guideline no longer applies and there is limited scope for the courts to treat this young person any differently than a more mature adult aged 30 or even 50.

Since 2011, adult sentencing guidelines have stated that consideration should be given to ‘lack of maturity’ as a potential mitigating factor in sentencing decisions for adults. However, the inclusion of lack of maturity as a mitigating factor does not require the police or Crown Prosecution Service (CPS) to assess maturity at the point of determining whether a charge should be bought or not; it may only be considered if raised in mitigation on behalf of the young person following conviction.

Sentencing Council research, conducted in 2016, found that that the inclusion of ‘age and/or lack of maturity’ was only taken into account for 28% of young adults aged 18 to 21 and that figure dropped to just 6% for young adults aged 22 and over.

Recent developments in the courts

The Lord Chief Justice Burnett highlighted the role of maturity in sentencing in the context of his ground breaking judgement in R v Clarke, Andrews and Thompson [2018] EWCA Crim 185, given at the beginning of last year:

“Reaching the age of 18 has many legal consequences, but it does not present a cliff edge for the purposes of sentencing. So much has long been clear….Full maturity and all the attributes of adulthood are not magically conferred on young people on their 18th birthdays. Experience of life reflected in scientific research (e.g. The Age of Adolescence: thelancet.com/child-adolescent; 17 January 2018) is that young people continue to mature, albeit at different rates, for some time beyond their 18th birthdays. The youth and maturity of an offender will be factors that inform any sentencing decision, even if an offender has passed his or her 18th birthday.”

The judgement acknowledged that young adults should be treated differently within the criminal justice system as a result of their continuing lack of maturity and culpability. In spite of the extreme seriousness of the offending by the young people in this case, which included kidnapping, it was ruled that it was right to take a ‘child centred’ approach to sentencing, which recognised the scope for rehabilitation.

This approach was endorsed by the later decision in R v Eniola Balogun [2018] EWCA Crim 2933, where the court confirmed that practitioners representing young adults should not be afraid to rely on the Guidelines for Sentencing children and young people, especially so in the case of someone who is barely an adult and who falls to be sentenced for serious offences.

The case for separate Sentencing Guidelines for young adults

In 2018, the Howard League of Penal Reform (‘the Howard League’) published a report entitled ‘Sentencing Young Adults - Making the case for sentencing principles for young adults.’ It called for ‘formal sentencing guidelines to help judges and magistrates understand young adults better and take account of the relationship between immaturity and blameworthiness, capacity to change and histories of being in care’.

Research undertaken by the Howard League demonstrated that when lack of maturity was raised and considered by the court, the court was well equipped to factor this into sentencing decisions where relevant evidence was presented to the court. This proves that the courts are capable of taking maturity into account, however, until there is a separate robust sentencing guideline for young adults, there is no guarantee that these important matters will be in all cases involving young adults.

The Howard League argues that the Sentencing Council Guideline for children, which recognises that culpability is reduced for a person who is not fully mature, sets out a ‘blue print’ for an approach which could be adapted and applied to young adult offenders. A separate guideline for young adults is a natural progression from the children’s guidance, which recognises that ‘emotional and developmental age as of at least equal importance to chronological age (if not greater).’ It is now clear that this does not change the moment someone turns 18.

Why is this so important?

The negative effects of custody for young adults and the community are demonstrated by the high number of self-inflicted deaths by young adults in custody and extremely high reoffending rates by this age group. Given the potential impact on life chances, there can be no doubt that sentencing is a critically important task and we cannot afford to miss the opportunity to get the response right.

In terms of offending, not only does this age-group experience high levels of recidivism but it is also the age at which many young people naturally stop offending. The courts have also recognised that young adults have a greater capacity for change in a shorter period of time than older adults (R v Lang [2005] EWCA Crim 2864, paragraph 17(vi)). Research continues to prove that the years between 18 and 25 are a critical window in which the court’s decision on sentencing can have a profound impact on the rest of a person’s life.  A clear legal framework would undoubtedly help equip specialist practitioners and judges with the tools to make better, more informed sentencing decisions.

Please also see our other blogs on youth crime and justice for regular updates. 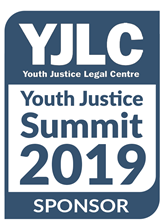 Youth Justice Part One: Criminalising kids - a guide to the Rehabilitation of Offenders Act for young people

Youth Justice: time to change the age of criminal responsibility?