The Kingsley Napley International Conference 2018 held a panel debate on “Considering corporate liability for human rights abuses and international crimes, now and in the future.” Read this blog from Alessandra De Tommaso as part of our follow up series of blogs.

In the past, efforts to introduce corporate criminal liability at the international level have been met with resistance, mostly due to the existence of divergent approaches to corporate criminal liability among national jurisdictions. Notably, at the 1998 Rome Conference for the Establishment of an International Criminal Court, an attempt to include corporations and other legal entities in the jurisdiction ratione personae of the court failed to find the necessary support by states representatives. During the preparatory works, the French plenipotentiaries submitted a proposal to extend the Court jurisdiction also to legal entities “if the crime was committed on their behalf or by their officials”. The proposal was limited to private corporations as opposed to state and public corporations and was linked to the individual criminal responsibility of a leading member of a corporation who was in a position of control and committed the crimes, acting on behalf of and with the explicit consent of the corporation in the course of its activities. Unfortunately, delegates failed to reach an agreement and, in the end, the proposal was withdrawn by the French delegation when it became clear that there was no possibility that it could be adopted by consensus.

Notwithstanding this failure, the idea of holding corporations criminally accountable under international criminal law has remained at the centre of the international debate. Recent developments demonstrate more openness toward the recognition of corporate criminal liability at the international level. Two initiatives, in particular, are worth mentioning. The first concerns the adoption in June 2014 of the Malabo Protocol by the Member States of the African Union. The Protocol, though not yet in force, amends the Statute of the (proposed) African Court of Justice and Human Rights to extend the Court’s jurisdiction ratione materiae to a number of international and transnational crimes and to include corporations among the possible defendants. The second regards the inclusion, in 2016, of a specific provision on corporate criminal liability in the Draft Articles on the Prevention and Punishment of Crimes Against Humanity, currently under consideration by the UN International Law Commission. It is still to be seen whether the provision on corporate liability will make it to the final draft. Nonetheless, its adoption in first reading represents already a major development in the field of corporate criminal liability for international crimes.

For further information on human rights due diligence and the possible advent of a criminal offence for failing to prevent human rights abuses please see our Business and Human Rights page. 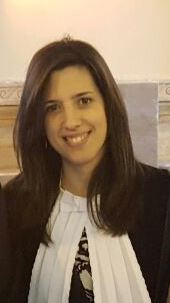 Guest blog: Should companies have a duty to prevent human rights abuses?

Guest blog: How to get the attention of the board on human rights