Guest blog: Should companies have a duty to prevent human rights abuses?

The Kingsley Napley International Conference 2018 held a panel debate on “Considering corporate liability for human rights abuses and international crimes, now and in the future.”  Read our follow up blog from panellist Alison Macdonald QC.

I was pleased to be part of the panel for the business and human rights session at Kingsley Napley’s recent conference on international criminal law. One of the issues which the panel covered, in the course of a lively discussion, was the question of whether the current UK legal framework does enough to hold companies accountable for human rights violations by their overseas subsidiaries. As shown by the work of Amnesty International in pressing for prosecutions, companies can certainly be at risk of criminal liability under existing legislation if they are involved in human rights violations. But should the law go further?

The traditional challenge for establishing corporate liability in the UK is the well-known “identification principle”. The difficulties posed by this principle were outlined, in a very different context, in the December 2015 press release of the Director of Public Prosecutions, explaining why she was not going to prosecute News Group for offences arising out of the phone hacking scandal:

The company will only be liable if it can be proved that the individual involved is sufficiently senior, usually close to or at board level, to be the ‘controlling mind and will’ of the company. Unlike other countries, the principles of vicarious liability or poor corporate governance, which are matters that are easier to prove, play no part in establishing corporate criminal liability. The present state of the law means it is especially difficult to establish criminal liability against companies with complex or diffuse management structures.”

Of course, this problem only arises where the company is to be prosecuted for an offence under the general criminal law – in other words, where a company has to be fitted into a legal framework intended for individuals. But instead of having to establish that the company itself has done something wrong through its controlling mind and will, there are alternative models of accountability.

Although it is important not to rule out the possibility that a UK-based company could be the primary perpetrator of human rights violations (see for example the conduct of private security companies in overseas conflicts), a study commissioned by the Office of the UN High Commissioner for Human Rights found that, out of 40 cases examined, this was the least frequent way in which companies are connected to human rights abuses. More often, it appears that human rights abuses occur further down the supply chain, involving foreign subsidiaries or their contractors. For example, a UK-based clothing company may have a foreign subsidiary which gets clothes made in a factory which uses child labour – or a factory which does not do so itself, but which cuts costs by farming the work out to one which does. How much effort does the UK parent company have to go to in order to find out whether this sort of thing is happening in its supply chain?

One legal option is to place companies under a duty to provide information about the due diligence which they have undertaken in relation to their supply chain. Such a duty was created by the s.54 of the Modern Slavery Act 2015, under which companies are required to produce an annual slavery and human trafficking statement (see here for the government’s guidance on s.54).

This is in some respects a groundbreaking provision, but it has many weaknesses:

If companies are – through a combination of legislative prodding and growing cultural expectations as to their ethical conduct – starting to do due diligence in respect of slavery and forced labour in their supply chains, it would make sense to extend the s.54 obligation to include other serious human rights violations. Slavery and forced labour, while exceptionally serious, are far from being the only possible corporate human rights violations.

But even extending the reporting obligation more broadly would not solve the real problem: preventing such abuses from taking place in the first place. This is where the “failure to prevent” model comes in.

As is well known, such an offence has its origins in the corporate manslaughter offence in the Corporate Manslaughter and Corporate Homicide Act 2007, followed by s. 7 of the Bribery Act 2010 (failure to prevent bribery), and more recently sections 45 and 46 of the Criminal Finances Act 2017 (failure to prevent tax evasion). Where the prescribed conduct has occurred, the onus shifts back onto the company to demonstrate that it had in place “adequate procedures designed to prevent” such conduct. It is too early to tell what effect the tax evasion offence will have, but the bribery offence has been used in a number of well-known cases, including the UK’s first deferred prosecution agreement.

In April last year, the Parliamentary Joint Committee on Human Rights (JCHR) published an excellent, very detailed report entitled “Human Rights and Business 2017: promoting responsibility and ensuring accountability.” The report – the result of a wide-ranging inquiry – is highly critical of the current legal framework and its enforcement.

For present purposes, the most significant recommendation was that:

In the JCHR’s view, the legislation should:

Such legislation would not solve the problem by itself – as the report makes clear, there are a range of problems in ensuring accountability. These include a lack of expertise and resources in policing the existing legislation – let alone any new and more demanding legal requirements. But it would be an important step in the right direction, building on the momentum created by the Modern Slavery Act. So it was disappointing that the Government, in its response to the report, published last month, stated baldly that “The Government has no immediate plans to legislate further in this area.” (p.15)

This is baffling – if companies can be placed under an obligation to prevent bribery and the facilitation of tax evasion, why not gross human rights abuses? The issue may be off the immediate legislative agenda, but this seems unlikely to end the debate about how to strengthen corporate accountability in the UK.

For further information on human rights due diligence and the possible advent of a criminal offence for failing to prevent human rights abuses please see our Business and Human Rights page. 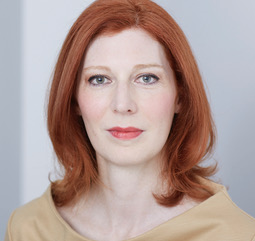 The Magnitsky Clause Part 1: Profiting from the suppression of whistleblowers – what does it mean for business?

The Magnitsky Clause Part 2: Profiting from the suppression of those who seek to assert their human rights?

Guest blog: How to get the attention of the board on human rights