Increasingly, facts and figures about the negative effects of social media are being reported in the press. Recent statistics have shown that three-quarters of children aged 10-12 already have social media accounts, and that the amount of time children aged 12-15 spend online has more than doubled in a decade. Just last week, the Children’s Commissioner announced that schools should be playing a bigger role in preparing children for social media’s “emotional demands”. Such reports are understandably very concerning, and raise questions about the morality of social media giants benefiting at the expense of the emotional wellbeing of children. However, thought should also be given to the legal aspect of these relationships, and in particular, the terms and conditions that children are signing up to when creating social media accounts.

Under English law, a child (a ‘minor’) is anyone under the age of 18. The law creates a presumption that children under the age of 7 do not have capacity to enter into a contract. Between the ages of 7-18, a minor can enter into a contract, but the law will presume that the minor cannot understand it. For this reason, contracts with minors are generally voidable (non-binding) at the minor’s option, unless an exception applies (such as an apprenticeship contract, a contract for the ‘necessaries of life’ such as food, clothing, medicine and accommodation, and other service contracts that are to the child’s benefit, such as education). None of those exceptions could be said to apply to social media contracts, meaning that if you’re under the age of 18 and creating a social media account, you are not legally bound by the terms and conditions attached to it, if they are governed by English law.

When creating a new account with Snapchat (which, at the time of writing, has terms and conditions governed under English law for users based outside the USA), users are asked to verify that they are aged 13 or over. Given that contracts entered into by minors between the ages of 7-18 are voidable, the stipulated minimum age of 13 is in fact irrelevant in terms of Snapchat’s right to enforce the terms governing any such account.

Unfortunately, the situation is less clear cut when the terms and conditions of the social media platform are governed under the laws of jurisdictions other than England. At the time of writing, Facebook and WhatsApp’s terms incorporate a minimum age requirement for users of 13, but are governed under the laws of California, where the laws may differ from those of England as to whether contracts with minors can be enforced.

Unsurprisingly, increasing the numbers of their teenage users appears more important to social network companies than the ability to enforce their terms against those users. However, irrespective of enforceability, terms and conditions contain important practical information setting out the ways in which social media platforms are making use of users’ data on a daily basis. But if a minor (or an adult) ever read those terms, would they understand them?

As we all know, terms and conditions are often very lengthy and complex. For example, BBC News recently noted that Instagram’s current terms and conditions are made up of approximately 5,000 words, and include references to terms such as “fiduciary”, “indemnification”, “strict liability” and “consequential damages”. But how many minors (or adults) actually know what these words mean? And how likely is it that a minor (or adult) would have any inclination to read a 5,000-word document filled with legal jargon? Unsurprisingly, the vast majority of minors have no interest in reading these terms and conditions before signing on the (online) dotted line. Certain social media platforms may also struggle to enforce such terms against their adult users, given that, under English law, provisions which are not expressed in 'plain English’ are likely to be considered unfair and unenforceable against consumers.

For minors (and adults) wanting to hook into the social media frenzy, the Children’s Commissioner recently published a set of ‘simplified’ terms and conditions in relation to several major social media platforms. Unfortunately, these are only guidelines for the moment, and there are currently no plans for social media companies to adopt similar terms.

However, the simplified terms reveal a number of particularly eye-opening details about the ways in which minors’ data is used by social media platforms, including: 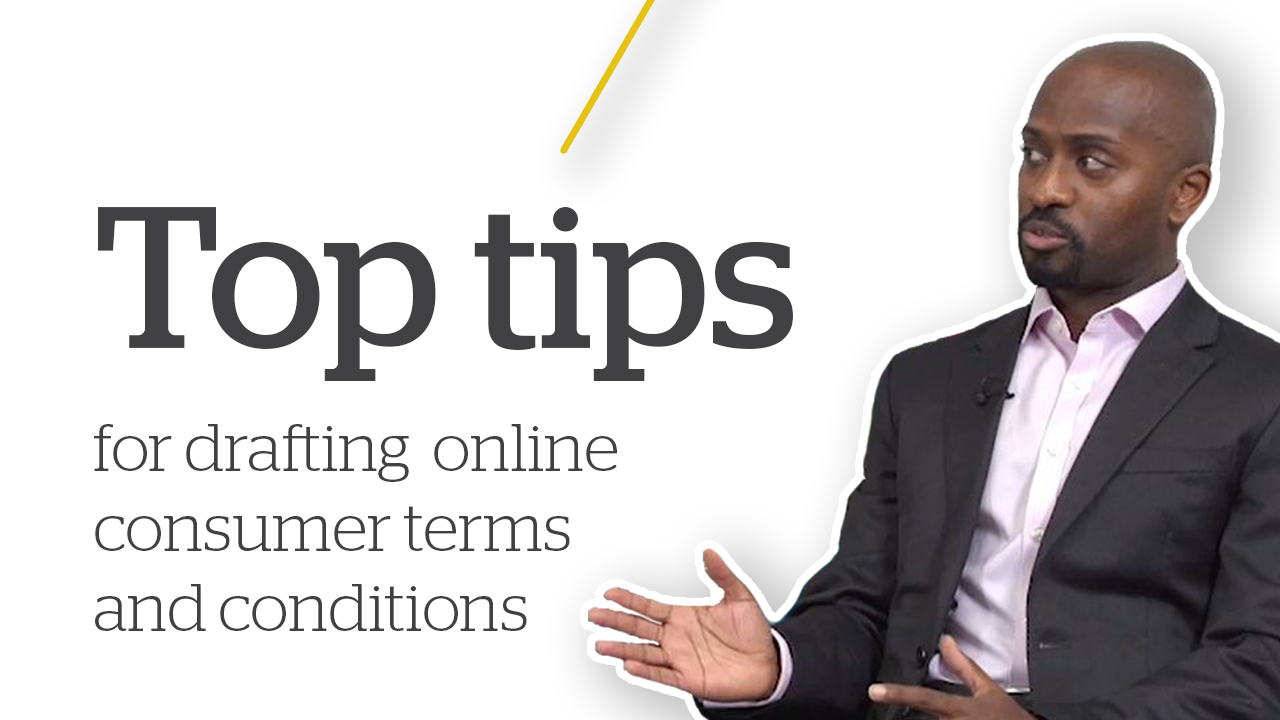 Many businesses lack comprehensive in-house IT expertise and resources to fully implement and manage all of their IT infrastructure requirements. IT managed services providers (“MSPs”) and IT consultancies plug the gaps by typically offering a diverse range of IT services and products to lighten the burden on their customers’ in-house IT teams (or to even remove the need to have an in-house IT team).

Lifecycle of a tech startup series: Preparing to raise investment

In the last instalment we talked about the ways in which the founders of KNow Wear Limited could protect the intellectual property in their business. Since then, the business has been progressing well and our founders have been working on developing a prototype.

In our last instalment our founders, Sarah and Chris, considered the basics in establishing their tech startup and they incorporated a company under the registered name ‘KNow Wear Limited’.

Many companies in the tech sector will be aware of the new immigration system and Skilled Worker category opening in a couple of weeks on 1 December. For those companies without a sponsor licence, they will need to apply for one in order to recruit both non-EU and EU citizens. EU citizens resident in the UK before 11pm on 31 December 2020 can apply to the EU Settlement Scheme.

Lifecycle of a tech startup series: The basics

Welcome back to the blog series covering the lifecycle of a tech startup, from a legal perspective.

Alex (tech), Andy (tech), Emer (investments) and I (investments) work alongside startups and founders day to day and thought it might to helpful to some of you out there to bring together our expertise on the legal issues that tend to arise and how we deal with them.

This blog will explore the difficulties currently facing tech coworking spaces in light of the Covid-19 pandemic, how providers can keep tenants engaged and what the future may hold for these spaces. For an audio introduction to this topic, please listen to episode 7 of our Tech in Two Minutes podcast.

In recent years there has been lively discussion about artificial intelligence revolutionising the way we work and live our lives. In its policy paper on the AI Sector Deal, the UK government predicted that the development of AI technology could have the same dramatic impact on society as the invention of the printing press.

An early Christmas present for the tech sector from the CMA?

The Competition and Markets Authority (“CMA”) has today (18 December 2019) given the tech sector an early Christmas present by publishing its interim report on its market study, commenced earlier this year, into online platforms and digital advertising.

If you are a trader selling to consumers online, whether that is through a web-based platform or a mobile app, it is important that you understand and comply with relevant consumer protection laws. Eager to launch, many traders fail to satisfy the key legal requirements of fairness and transparency in their online consumer terms despite serious consequences for non-compliance.

Shanks v Unilever: What does this mean for employers’ intellectual property rights?

After a 13 year legal battle, the Supreme Court has awarded £2m in compensation to a professor for an invention he created during his employment, nearly forty years ago. This ruling poses the question; will Shanks v Unilever open the floodgates to future compensation claims from disgruntled employees?

Security tokens are a digital representation of ownership rights in real world assets (such as property or shares) and have captured the curiosity of entrepreneurs, startups and investors. This blog summarises the potential benefits and pitfalls of security tokens and is part of our wider crypto assets blog.

Doing well in the crypto-currency market? Make sure you don’t die rich!

Whether you are in the market for short-term profit or making long-term investments, adequate planning is certainly a worthwhile (and small) investment of your time and money. If you’ve been savyy enough to successfully invest in crypto-assets, make sure you are smart enough to ensure your loved ones can benefit, should the worst happen.

E-signatures: is the law catching up with technology?

Trust is the cornerstone of commercial activity and can be enhanced in the online world by the use of e-signatures and trust services. In this blog we review the different types of e-signature and consider their legal validity and security for executing contracts and deeds.

A strong online presence is often a crucial component of a business’ marketing strategy. If your business doesn’t have sufficient resources to develop its website in-house, it will need to engage a website developer. It is imperative to enter into a carefully drafted legally binding contract with your website developer from the outset of the project in order to protect your business interests and minimise the risk of any future disputes.

FCA Dear CEO letter on cryptoassets – a warning to firms

On 11 June, the UK Financial Conduct Authority (FCA) issued a “Dear CEO” letter on how banks should deal with the financial crime risks associated with “cryptoassets”. The FCA defines cryptoassets as publicly available mediums of exchange that feature a distributed ledger and decentralised system for exchanging value, such as Bitcoin and Ether. These assets are more commonly known as cryptocurrencies.

Serious and organised crime threats to the UK: 2018 and beyond

Last month the National Crime Agency (‘NCA’) published its annual strategic assessment of Serious and Organised Crime (‘SOC’) in the UK. The data has come from a variety of law enforcement agencies and other sources including the National Cyber Security Centre (‘NCSC’).

Bitcoin, Ehtereum, Litecoin... cryptocurrencies are all over the press. Most of us are now broadly aware that cryptocurrencies are digital currencies which use blockchain technology. But how many people actually understand how the underlying technology works, what it means to ‘invest’ in a cryptocurrency, and appreciate the risks behind them? For anyone thinking about investing in cryptocurrencies, set out below is a summary of the main concerns, which should hopefully encourage you to stop and think before jumping on the crypto band wagon.

Our corporate and commercial lawyers combine strong technical expertise with a track record in delivering flexible and creative solutions.

We specialise in acting for early stage companies and for startups, the key asset of many such businesses is their technology.