Our four finalists were brilliant, each of them delivering compelling arguments on the topic "Do we need new laws to combat fake news?", as well as answering questions from an esteemed judging panel and the student audience (over 100 students). 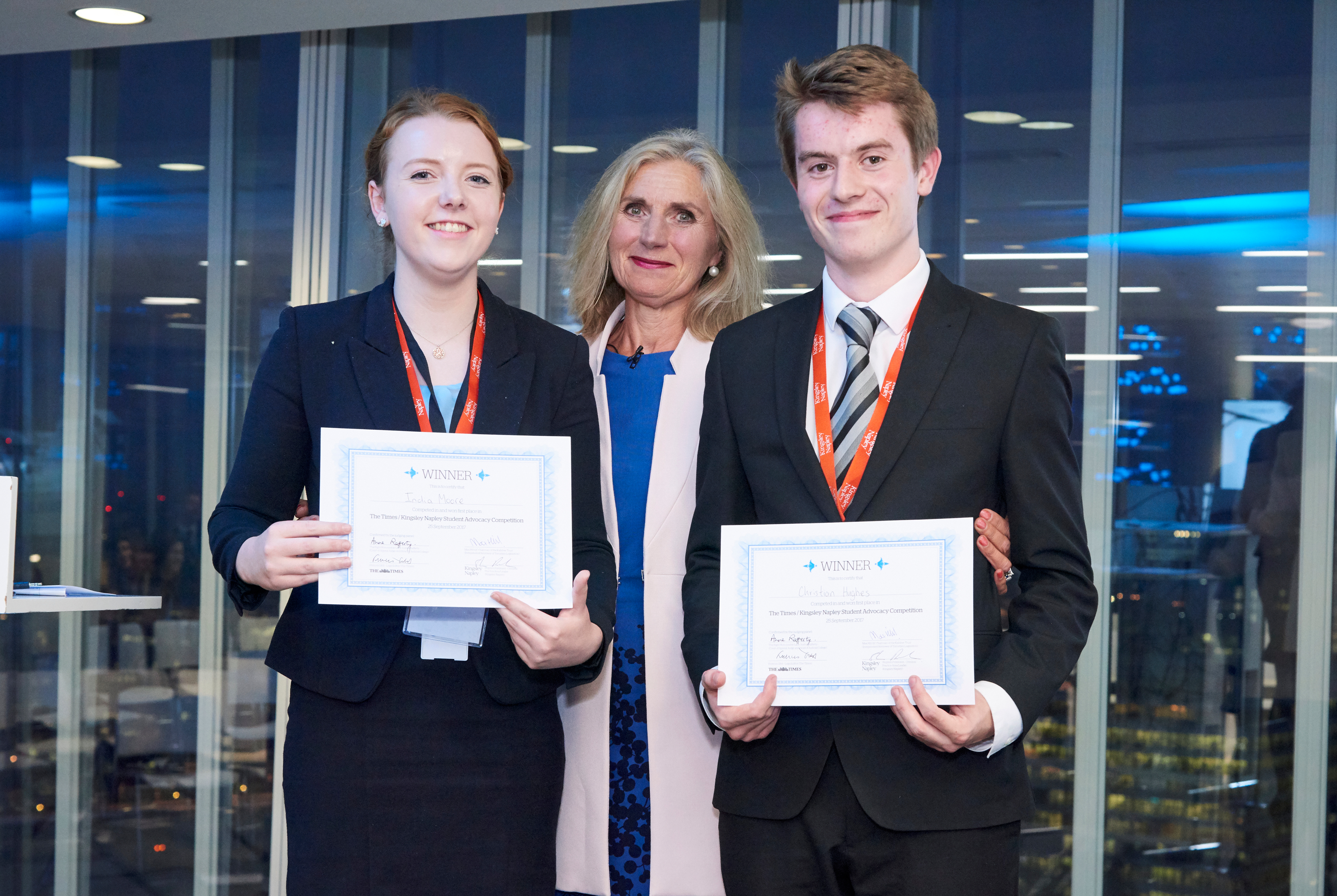 Selecting the winner was a  tough choice, and after much discussion, the judging panel awarded Christian Hughes (The University of York) and India Moore (Cardiff University), joint winners - each taking home £2500.

Coming in equal second place were Andrew German (of Sutton Grammar)  and Jack Burrell (from Cambridge University) from the University of Law in London - each taking home £750. 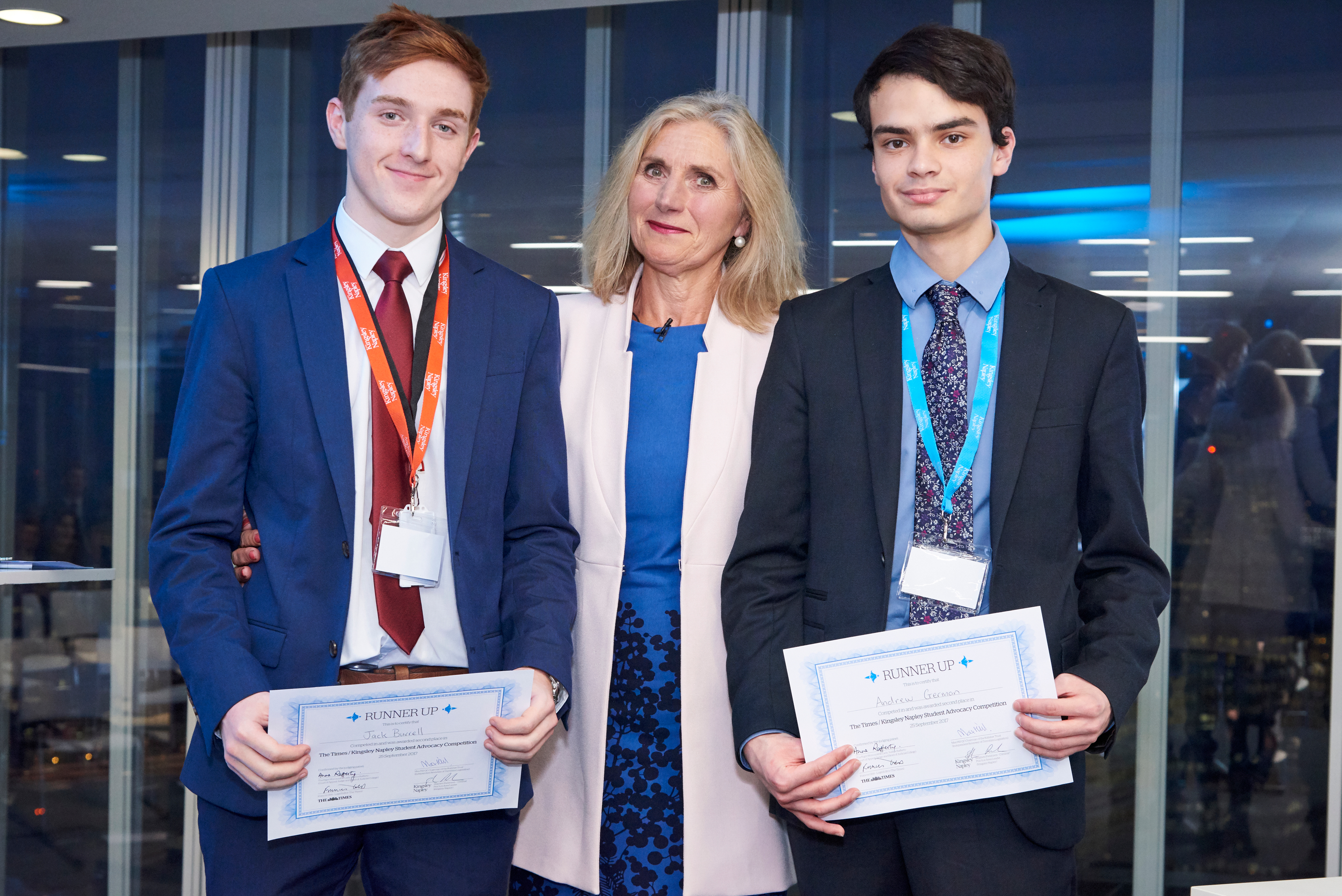 Christian, pictured below, was also awarded the "Audience Choice" award, which was voted by the students participating in the audience. This awarded him an additional £500 in prize money. 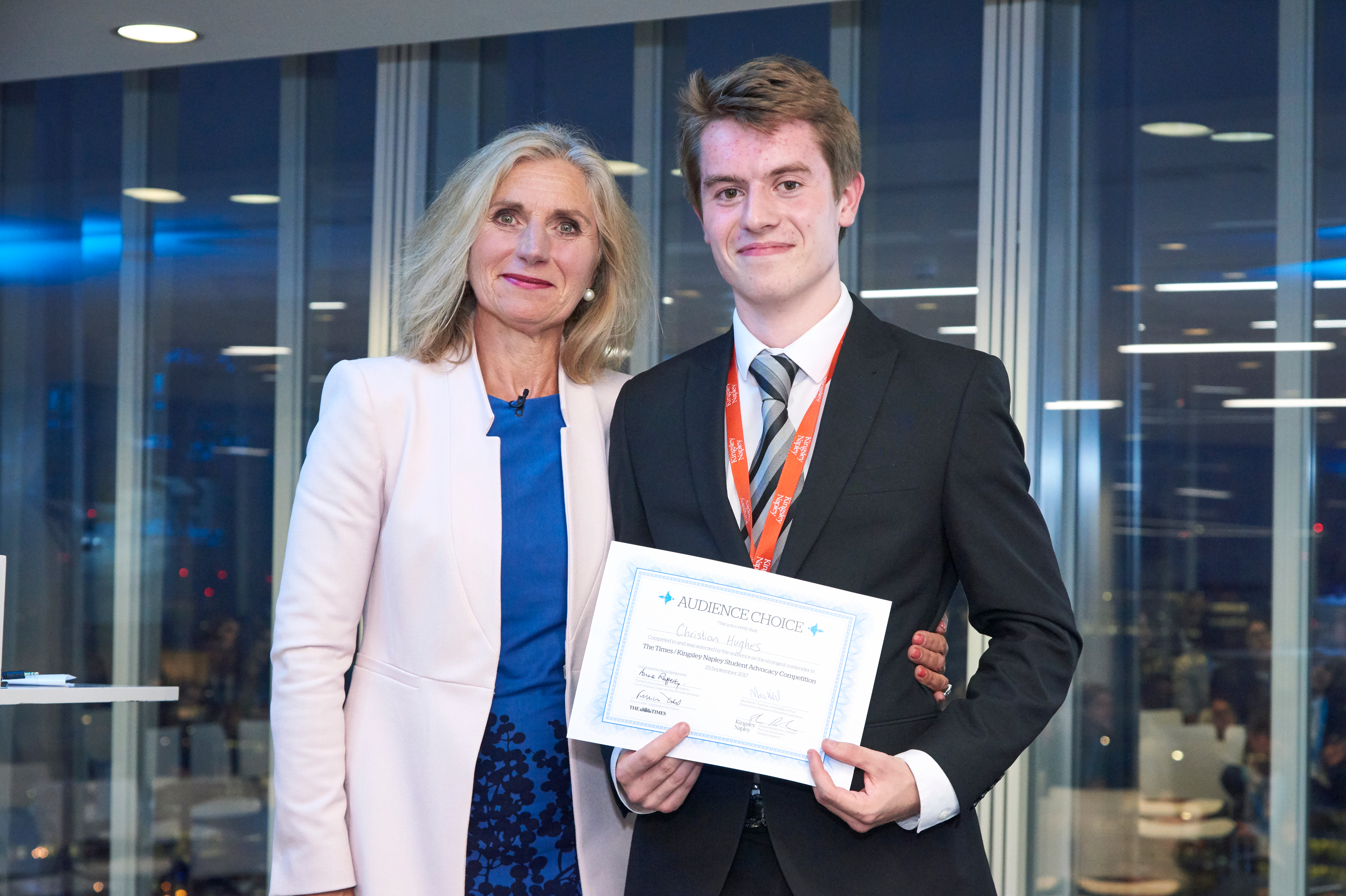 Getting to the final was a feat in itself. All entrants submitted a 90 second clip of themselves speaking on the same topic regarding laws to combat fake news, which was supported by an 800 word essay. Kingsley Napley lawyers assessed all of the entries, and selected the top four.

Kingsley Napley and The Times would both like to thank every single applicant who took part in this competition. We would also like to thank the  esteemed judging panel and everyone who contributed to making the day a huge success. 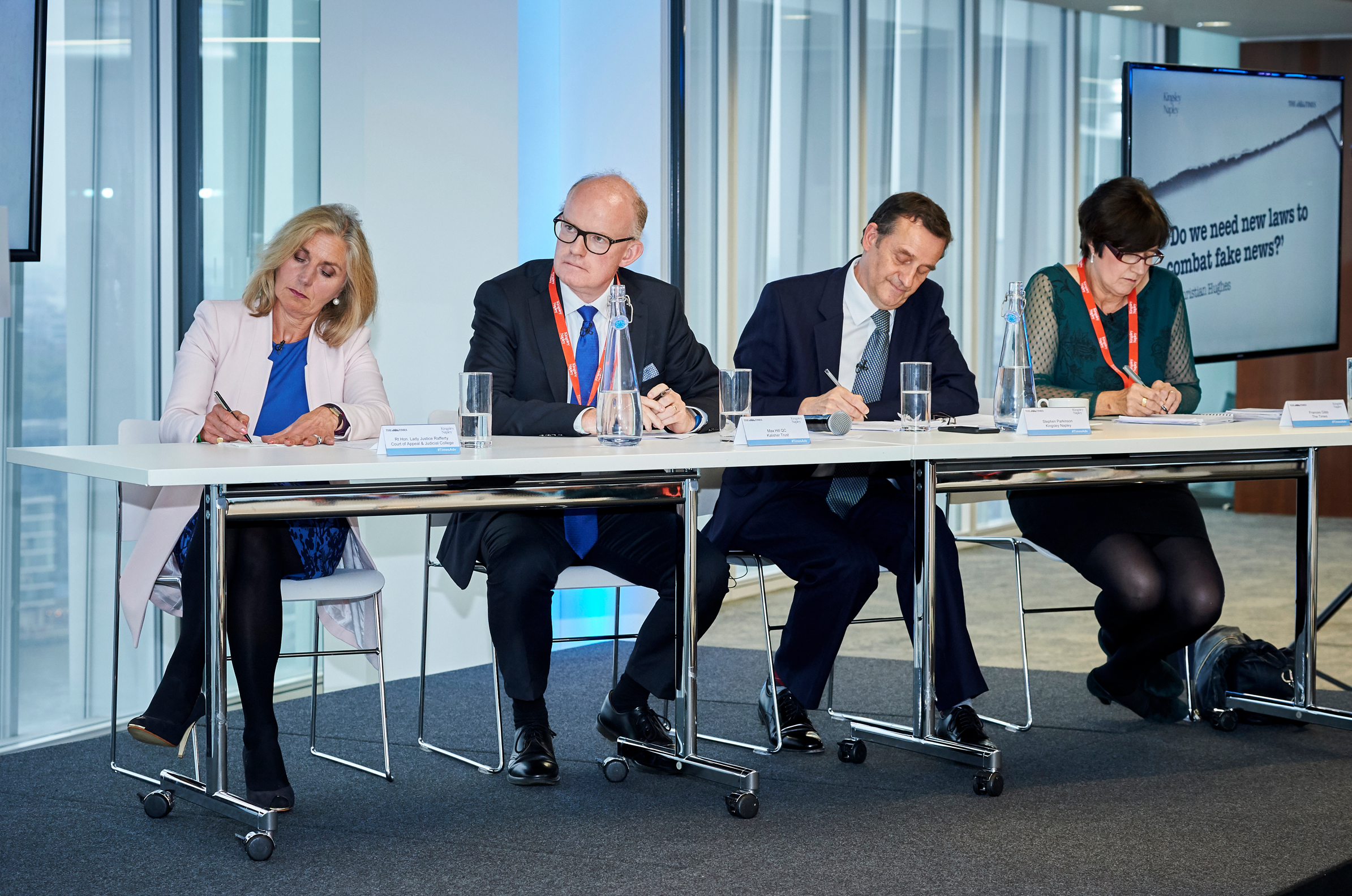 Your reputation is at risk. We’ll help you protect yourself while avoiding the spotlight.