Student misconduct allegations and the right to a fair hearing

The temptation to approach the adjudication of a student complaint as merely an ‘internal process’, is one of the most common errors made by some higher education institutions. The process adopted must be capable of examination by an independent and external eye to ensure that at each stage of the process, the rights of all individuals involved are protected. Indeed, subsequent scrutiny of the evidence gathered or process deployed by a law enforcement agency or other tribunal ought to be presumed.

For an individual who faces a disciplinary hearing in the context of University Disciplinary Proceedings, or for a complainant in those proceedings who is equally owed a duty of care by the University, due and proper process is a fundamental requirement. However, there have been repeated criticisms of the methodology of some institutions’ processes, which leave many caught in this maelstrom feeling isolated, ill-informed and subject to arbitrary decisions. In our experience, this is not the desired outcome for any of the participants in this difficult process.

What is it that we, acting on the behalf of both complainants and those accused, would want to see in a fair Disciplinary Hearing?

A right to legal representation?

Perhaps the central and seemingly most controversial aspect of a fair process is the right to representation. As outlined in our first blog in this series, the general position is that Article 6 of the European Convention of Human Rights (‘ECHR’), which establishes the right to a fair hearing (and is enshrined in law by the Human Rights Act 1998), will not apply to internal disciplinary proceedings (and will not, therefore, give rise to the right to be legally represented). However, this will be a context specific question and where there is a sufficiently close connection between the internal proceedings and proceedings to which Article 6 would apply, then it may apply.

Those accused of infringing university regulations are predominantly young adults; given the potentially life changing consequences that flow from a finding against them, in many instances it is likely that a strong case can be put for the accused to be legally represented.

This would particularly be the case where Institutions have continued their process for matters which are also subject to police investigation, or may trigger a complaint to the police. In these circumstances, it is of vital importance that the accused individual is represented by a lawyer who is able to (1) ensure that the process is fair; (2) conduct effective cross-examination of witnesses and; (3) make submissions on the sufficiency of evidence during the hearing.

Again as mentioned in our first blog  in this series, Institutions need to be mindful of their duties towards disabled students and those with other protected characteristics, in particular the reasonable adjustment duty owed to disabled persons contained in section 20 of the Equality Act 2010. To ensure a fair hearing, physical adaptation to a hearing venue to enable appropriate engagement by the individual concerned may be required, as well as allowing additional time for hearing preparation.

Adjustments that allow questions to be answered in writing or with assistance by a lawyer rather than a fellow student (who is presumably no wiser on such legal and procedural matters) are integral to the fair process that universities seek to put in place. Whilst it may make the hearing more complex, it also makes it fairer. Looking at the issue from the perspective of a complainant, the prospect of having to answer questions put by the alleged perpetrator is fraught with difficulties and has been prohibited in the criminal courts and other regulatory tribunals for some time.

It is important that the names of those participating in the hearing (to include the complainant, accused, and witnesses) are disclosed to the intended decision makers at the hearing and vice versa. Participants should be invited to confirm, well in advance of any hearing commencing, whether any parties are known to them. The community-like nature of many universities introduces the strong possibility of individuals already being known to one another and, in turn, bias in the process (whether actual or perceived).

The Burden of Proof

All parties involved in the disciplinary process should be advised early on as to the applicable standard of proof applied by the Institution throughout the process and what this means in practice (for example, the decision maker will need to be satisfied on the balance of probabilities that the facts of the allegations are made out on the available evidence).

Presentation of the case by the Investigator

In presenting the case at the hearing, it is important for the investigator to remember that their role is part of what should be predominantly an inquisitorial, as opposed to adversarial, process.

Investigators should present the evidence in a conscientious and fair manner and ensure the accused is afforded ample opportunity to respond to the allegations raised appropriately (especially where they are unrepresented).

The decision makers can then outline their factual findings in respect of the allegations and which, if any, of the allegations are found proved based on those findings. This may occur at the hearing itself or subsequent to it. Depending on the findings, the subject of the disciplinary process should then be afforded an opportunity to set out any relevant mitigation prior to any sanction then being imposed.

Right to be heard

This is one of the corner-stones of the principle of natural justice and is the right of the accused to present their case in response to the allegations and to refer to evidence (including witness evidence) in support of their position. Entwined with this is the ability of the accused to adequately prepare in order to properly present their position.

The above order of proceedings should ensure this right of the accused is met.

Admissibility of Hearsay and Cross Examination

A body of case law has built up around the admissibility of hearsay evidence in disciplinary proceedings and the associated ability of an individual subject to such proceedings being able to cross-examine witnesses.[1] A number of general principles have emerged from this case law which Universities ought to bear in mind to ensure fairness in the resolution of serious complaints:

An Institution’s decision makers should treat hearsay evidence with the appropriate caution on a case by case basis.

It is one of the fundamental principles of natural justice that a decision maker provides adequate reasons in support of a decision. This enables a student who is the subject of the decision to properly understand the basis for that decision and, in turn, better test the same to determine whether any grounds for appeal exist. A decision that lacks proper reasoning could in itself be a ground for appeal.

The landscape in which university disciplinary hearings reside has irrevocably changed. In particular, where the allegation concerns sexual misconduct there is, perhaps rightly, a militancy which demands that these matters are taken seriously, investigated fairly and resolved, by sanction if necessary. The way in which these investigations and any subsequent hearings are conducted affects lives, livelihoods and futures. The importance of ensuring fairness throughout the process from start to finish for all those involved cannot be overstated.

Sandra Paul is a partner in our criminal litigation team. She has a wealth of experience in criminal and related litigation. The majority of her work concerns defending allegations of sexual misconduct. She works with clients in the UK and abroad, including allegations following the #MeToo campaign.

She has a particular passion and aptitude for working with children and young adults, navigating them safely through the youth justice system. Youth crime is a specialist area in which Sandra is a leader in her field.

Drawing on her advocacy experience, Sandra is particularly accomplished in preparing witnesses to give an account or evidence in settings ranging from court proceedings through to internal and external investigations or inquiries.  Sandra’s career has included discreet representation of high profile individuals including politicians, bankers, music, sports and media personalities.

Sallie Bennett-Jenkins QC has been cited on a number of occasions as a leading silk by the Legal 500 and Chambers UK and, prior to taking silk, as a leading junior. She is described as “the complete criminal barrister” in Chambers UK. She was appointed Queen’s Counsel in October 2006 following a period of 8 years as Treasury Counsel, and has since become first choice defence counsel for firms with private clients who demand an incisive advocate with a mastery of detail, and who can instil real confidence in the client.  She has been described as having a “thoroughly devastating style of cross examination which is a pleasure to watch”. She has also sat as a Recorder since 1998, authorised to sit at the Central Criminal Court and to try serious sexual cases.

Sallie has developed an expertise in dealing with cases of University discipline, advising throughout the process. She has also lectured on this aspect. Her ability to communicate extremely well with young clients is evident from her success in this field.

In silk, she has encouraged and maintained a diverse defence practice which ranges from murder to fraud and advisory work for multinational corporations in respect of computer crime, Health and Safety and Food and Drugs.

Her back catalogue of cases demonstrates her exceptional ability as an advocate, in the most complex and demanding of cases.

Charlotte Judd is an Associate Solicitor in the Regulatory  department. She assists and advises on matters spanning the department’s three core service areas, namely legal services regulation,  defending regulated individuals, organisations and corporates and advice for regulators and public bodies . 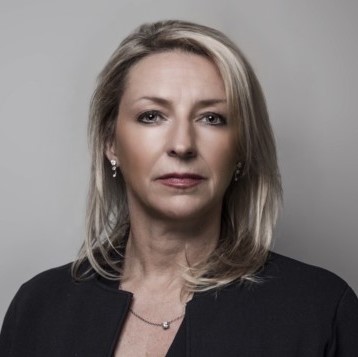 The first crucial steps: how Universities should respond to allegations of misconduct