Getting it right from the start: University policies for dealing with non-academic misconduct complaints

Home Insights Blogs Regulatory Blog Getting it right from the start: University policies for dealing with non-academic misconduct complaints

Kingsley Napley has partnered with four of the of most experienced barristers acting in this space to provide a series of six blogs, taking a detailed look into the systems and processes that (should) sit behind the resolution of student misconduct allegations in Universities.

Getting it right from the start: University policies for dealing with non-academic misconduct complaints

What happens when a complaint is made to a University about the conduct of a student or a member of academic staff?  What should the procedures for the resolution of these complaints look like and how can all parties be reassured that such allegations will be resolved fairly? Allegations of misconduct can have long-lasting consequences, reaching far beyond the obvious and immediate potential for termination of studies and reputational implications; for the alleged perpetrator they may be career-limiting or possibly criminal consequences. Getting it right is an imperative for all involved.

There is no prescribed scheme that Universities must implement or have a set of standard procedures that they must follow when it comes to investigating complaints of misconduct.[1] With the freedom to implement their own disciplinary schemes, Universities inevitably produce and utilise different processes, with varying levels of sophistication and thus protection for the parties involved. A written disciplinary policy or procedure will be the cornerstone to a proper investigation and a fair hearing; it should be reviewed regularly to keep up with changes in the law as well as societal changes. Subsequent blogs in this series will look in detail at the investigation, hearing and appeal stages of the disciplinary process; we look below at the importance of ensuring the written procedure is fit for purpose.

There is no universally accepted definition of non-academic misconduct. Institutions will generally define misconduct non-exhaustively; this is a safer option as not every relevant act or omission can be foreseen. The definition will often encompass straightforward instances of, for example, low-level damage to property or anti-social behaviour. At the other end of the complexity spectrum, students or academic staff may not engage in activity which constitutes civil harassment, discrimination, sexual misconduct, professional misconduct in a regulated context, criminal offences, or conduct that gives rise to reputational issues for the institution or which engages fundamental rights (such as freedom of expression).

Is there any guidance that should be followed?

Pursuant to the Higher Education Act 2004, the Office of the Independent Adjudicator (OIA) operates an independent higher education student complaints scheme in England and Wales. It has produced a good practice framework for both academic and non-academic disciplinary procedures. Whilst the framework amounts to no more than guidance, the OIA has a specific remit to review higher education complaints and, therefore, its perspective is important. Some relevant themes emerge from the framework, all of which institutions should have regard to when drafting or reviewing their policies:

As a starting point, institutions should consider this detailed guidance and strive to meet the criteria set out in it; a failure to do so may expose the institution to claims of lack of procedural fairness.

How can procedural fairness be achieved?

Investigations undertaken by universities are not criminal proceedings, even if they are looking into conduct that may, in and of itself, be capable of amounting to a criminal offence. Whilst there is no requirement for anything akin to a full-scale police investigation, or indeed a criminal-type trial at the end, there are many reasons why universities must strive to achieve procedural fairness in all dealings relating to such complaints.

The relationship between student and institution is contractual, meaning that there may be a contractual basis for a disciplinary process to be carried out in a particular way. As a ‘consumer’, a student will also be entitled to exercise rights under the Consumer Rights Act 2015. For example, the right to exercise reasonable care and skill under section 49 could be said to apply to the disciplinary process.

Compliance with the principles of Natural justice

The relationship between student and University also has a public law character, meaning that decisions taken by an institution within the disciplinary process could be amenable to judicial review. In R v Chelsea College of Art and Design [2000] ELR 686 a university panel’s decision was held to be in breach of natural justice because the student had not been given a fair opportunity to raise arguments concerning sexual harassment and because she had not been provided with all the evidence that was before the panel. The requirements of natural justice need to be looked within the applicable context, but as a minimum the points raised below in section (4) should be included in a disciplinary process in order to achieve compliance.

Compliance with the Equality Act 2010

Institutions also need to be mindful of their duties towards disabled students and those with other protected characteristics,[2]  in particular the reasonable adjustment duty owed to disabled persons contained in section 20 of the Equality Act 2010. This may go beyond adjustments to a disciplinary process such as physical adaptation to a venue or provision of extra time for preparation. For example, a student who suffers from severe anxiety may properly contend that s/he cannot effectively participate without representation.

Where a qualification could lead to entry into a regulated profession (e.g. such as primary medical degrees for doctors, nurses and dentists), it will be necessary for the standards of that profession as well as the relevant regulatory guidance to be considered and incorporated into the scheme and properly applied in the resolution of complaints. The GMC for example mandates the content of disciplinary schemes for doctor undergraduates in its Standards Guidance and Curricula. In Ngole v University of Sheffield [2019] EWCA Civ 1127 a student social worker had been found guilty of misconduct, and in breach of the Health and Care Professionals Council’s standards, for homophobic comments made online. The Court of Appeal found error in the University’s misconduct proceedings, in particular that they had misapplied the HCPC Code of Conduct and guidelines.

A right to legal representation?

The general position is that Article 6 of the European Convention of Human Rights, which establishes the right to a fair hearing (and is enshrined in law by the Human Rights Act 1998), will not apply to internal disciplinary proceedings (and will not, therefore, give rise to a right to be legally represented). However, this will be a context specific question and where there is a sufficiently close connection between the internal proceedings and proceedings to which Article 6 would apply, then it may apply. The same has been established in the context of misconduct proceedings in the employment context: R(G) v Governors of X School [2011] UKSC 30; Mattu v University Hospitals of Coventry and Warwickshire NHS Trust [2012] EWCA Civ 641. The policy may sensibly provide that whilst legal representation is not permitted as a matter of course, it will be considered on a case by case basis if there are good reasons, for example, where the outcome could prevent a student’s ability to practice in a regulated profession, or where the allegations are of a very serious nature amounting to a criminal offence.

There must be a clear, accessible and transparent procedural basis for any disciplinary action taken by an institution. In the context of non-academic misconduct there should be:

This information must be brought to the attention of students and should be easily accessible. Accurate records should be kept at each stage of the process. Notes of meetings will be extremely important if there is an internal appeal or legal proceedings. Members of staff who are tasked with carrying out misconduct hearings should receive regular training about the conduct of a fair hearing and any specific legal duties which may apply to it.

Whilst it is possible to cite generally applicable principles of fairness, each case will need to be looked at individually. There may be cases where, for example, facts are not in dispute or where there is a serious and imminent threat to an individual’s welfare, where a varied approach is justified. Aspects of a fair procedure will be considered in greater detail in later articles within this series. In outline, some essential features will include:

Achieving fairness in the resolution of non-academic misconduct complaints starts with a comprehensive, well-structured, procedure. Its application to the challenging aftermath of a serious complaint will be considered in our next article.

If you have any questions or require advice concerning issues relating to students or universities, please email a member of our team in confidence.

This blog has been co-written by Julie Norris, Kingsley Napley and Alex Line, Outer Temple Chambers

[1] Allegations concerning academic misconduct are outside the scope of this blog series. 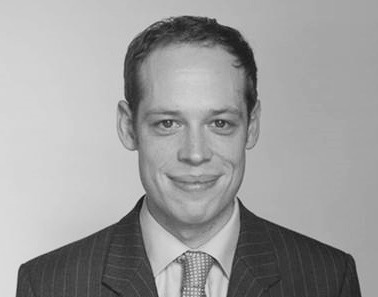 Written by our solicitors, our blogs provide unique insights on a range of legal issues and topics.

The first crucial steps: how Universities should respond to allegations of misconduct