All aboard the MV Empire Windrush

Windrush Day falls on the 22nd of June.

We will be publishing a series of blog throughout this week dedicated to this special event, and I wanted to start out with a bit of background to the occasion.

What are the origins of Windrush?

A boat, specifically the MV Empire Windrush, set sail from the Caribbean full of skilled migrant workers heading to British shores. They arrived at the Port of Tilbury on 21 June 1948 and its passengers disembarked a day later. When the Windrush stopped in Jamaica, it primarily did so to pick up servicemen who were on leave from their units. Others had been lured to the United Kingdom (UK) following an advertisement placed in a Jamaican newspaper offering reduced transport for anyone who was willing to travel to the UK to work to solve the labour shortage.

Records suggest that there were some 492 (whilst other say they were more) passengers; many of whom were veterans of the Second World War.

Since then, Windrush has come to symbolise the first movement of mass migration to the UK from the Caribbean in the post-war era. The label is attached to those who came to the UK from 1948 until 1971, with the introduction of the Immigration Act which provided Commonwealth citizens with indefinite leave to remain.

Why are we celebrating?

Caribbeans have become an integral part of British society and culture. Many, like me, are direct descendants of the Windrush generation, my grandparents and parents having settled here from Jamaica in the requisite period.

Kingsley Napley is committed to the principles of equal opportunities and diversity, as well as promoting equality and diversity in all its professional activities. We recognise the importance and direct benefits of a diverse, but also inclusive workforce.

The Windrush debacle saw people wrongly detained, threatened with deportation or deported as a result of changes in the approach to immigration, notably the 2014 and 2016 Immigration Acts. In addition, the Home Office had systematically failed to issue documentation to immigrants arriving in Britain before 1973, such that a vast number of the Windrush generation are living in the UK lawfully, but without the necessary documentation to prove that they have indefinite leave to remain.

We want to celebrate those who have made a momentous contribution to Britain. So here’s to a week of praise and reflection. 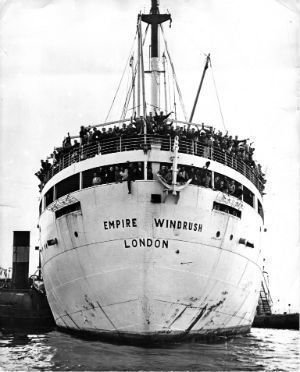 We value everyone as individuals and have a consultative approach throughout the firm, from departmental strategy to key firm wide decisions.

Black History Month: time to celebrate but also to remember