The Medical Cannabis (Access) Bill (the ‘Bill’) aims to enable patients in England to access cannabis-based medicinal products (‘CBMPs’), such as nabiximols, more freely on the NHS. Although English law was changed in November 2018 to allow specialist doctors to prescribe cannabis (we have blogged about this here), very few people have been able to access NHS prescriptions which has left patients paying thousands of pounds a month for private prescriptions or unable to obtain treatment altogether. There are approximately 10,000 private prescriptions for CBMPs in the UK. In a paper published by BMJ Open in 2020, Professor David Nutt et. al. reported that thousands of UK patients were self-medicating with illicit cannabis-based products.

The Bill is a Private Members' Bill (Ballot Bill). Private Members’ Bills are most commonly used to raise awareness of an issue and, whilst rarely enacted into law, Ballot Bills have the best chance of becoming law as they get priority for the limited amount of debating time available. Further, Ballot Bills can lead indirectly to the passing of new laws.

What is the law regarding cannabis?

Cannabis is a controlled Class B drug under Part II, Schedule 2, of the Misuse of Drugs Act 1971 (the ‘Act’). The Act makes it illegal for people to possess, supply, produce, or import/export cannabis. Cannabis is listed in Schedule 1 to the Misuse of Drugs Regulations 2001 (the ‘MDR 2001’) and designated under the Misuse of Drugs (Designation) (England, Wales and Scotland) Order 2015 (the ‘2015 Order’). The MDR 2001 allows for the legitimate use of controlled drugs – substances are divided into five schedules which determine how they may be used.

Although cannabis is illegal, it can be supplied, produced, bought and/or imported under a Home Office licence. Section 5 of the MDR 2001 states:

12. Where any person is authorised by a licence of the Secretary of State issued under this regulation and for the time being in force to cultivate plants of the genus Cannabis, it shall not by virtue of section 6 of the Act be unlawful for that person to cultivate any such plant in accordance with the terms of the licence and in compliance with any conditions attached to the licence.

Are CBMPs legal in England?

Yes, CBMPs are legal in England, however it remains challenging for patients to gain access to them.

From 1 November 2018, the law surrounding prescription of medical cannabis changed following the cases of Billy Caldwell and Alfie Dingley, who required prescription cannabis to treat their severe epilepsy. The then Home Secretary, Sajid Javid, removed the requirement for specialist doctors to obtain a licence before prescribing CBMPs to patients, and the MDR 2001 was updated to include the definition for what constitutes a CBMP. Only doctors on the GMC Specialist Register can prescribe CBMPs. These doctors would predominately be prescribing unlicensed products since, at the time of writing, only two CBMPs are licensed in England (they are Sativex and Epidyolex).

On 14 September 2020, the NHS announced its decision to fund the treatment of Billy Caldwell. This decision came nearly two years after the law changed, allowing for CBMPs to be prescribed by specialists for patients who cannot be helped by other available licensed drugs. This was the first time the NHS had agreed to fund a prescription for an unlicensed CBMP for a child. At the time of writing, there has only been one prescription for unlicensed CBMPs for a child with treatment-resistant epilepsy approved by the NHS, which is indicative of how difficult it remains for patients to access CBMPs on the NHS.

The issues with prescribing CBMPs

It seems that the main issue is that there is reluctance amongst doctors to prescribe CBMPs, on the basis of insufficient double-blind randomised control trial evidence of the efficacy of these medicines.

A report commissioned by NHS England and NHS Improvement published in August 2019 concluded that the evidence base supporting CBMPs needs to be significantly better before they would be routinely prescribed across the NHS.

There are also concerns about the potential ramifications for a doctor who prescribes an unlicensed medicine. A licensed product’s manufacturer is accountable for any harm caused if the product is used within the licence, but with an unlicensed product the prescriber assumes responsibility for any harm that occurs, unless it can be directly attributed to a defect in the product.

What is the Bill hoping to achieve?

The Bill is seeking to resolve these issues in two main ways:

First, the Bill requires the General Medical Council (the ‘GMC’) to operate a register of GPs who may prescribe CBMPs in England. It amends existing drugs regulations to permit such GPs to do so as currently only consultants may prescribe CBMPs. It also requires the GMC to set the criteria, including training and professional development requirements, for a GP to be eligible for the register. Participation in the register would be on a voluntary and opt-in basis.

Second, the Bill establishes a Commission to propose a framework for the assessment of CBMPs and their suitability for NHS prescription in England, to sit alongside existing Medicines and Healthcare products Regulatory Agency (the ‘MHRA’) processes for conventional pharmaceutical drugs. The Commission is also tasked with recommending any other measures to overcome barriers to access to CBMPs on the NHS.

What stage is the Bill at?

On 16 June 2021 Mr Jeff Smith MP tabled the Bill as a Private Members’ Bill through the ballot procedure, to present proposed legislation to Parliament.

On 10 December 2021, the Bill had its Second Reading in the House of Commons. Jeff Smith MP summarised his position:

“I do not think there is a lack of will from the Government, but that reflects an inflexibility in the system, which is at the root of the problem.”

The Bill was ‘talked out’ by MPs, meaning that the debate time was exhausted and so the session ended without a vote. Conservative MP for South Ribble Katherine Fletcher gave their view for not supporting the Bill:

“We have a loving family in a state of limbo, we have medical professionals deeply concerned about whether it is the right thing to do and whether it is breaking their Hippocratic oath to prescribe [CBMPs], and we have someone [an MP] who is not remotely qualified to make this decision being asked, in effect, to engage in a medical ethics debate when I am not qualified to do so.”

The debate was adjourned, to be resumed on Friday 14 January 2022. As at the time of publishing this blog, the debate has been postponed to Friday 28 January 2021. It is now highly unlikely that the Bill will progress past the Second Reading to the Committee stage.

What would happen next if the Bill passes its Second Reading?

The Bill would proceed in the House of Commons to the Committee stage, where each clause (part) and any amendments (proposals for change) to the Bill may be debated.

If you have any queries regarding this blog, please contact the criminal litigation team.

Tom Surr is a paralegal in the criminal litigation team. 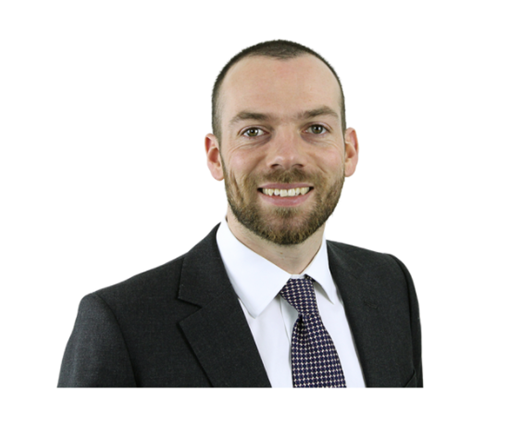 We advise corporates and individuals on all aspects of investing and licensing in cannabis industry.

The FCA – Transformation to Assertive Supervision