Confused, Bewildering, Dubious? Cannabidiol in food and drinks: What does the future hold?

Last October, the EU Novel Foods Committee met to consider the evidence on certain hemp derived products, including Cannabidiol [CBD], to evaluate whether they had been widely used for human consumption within the EU prior to the 15th of May 1997, that being the date upon which the original “Novel Food” regulation, (EC) 258/97 came into force.

It appears that the organisations then invited by the Committee to present evidence did not succeed in proving the use of CBD as a food before May 1997, as on the 15th of January 2019, CBD was, in effect re-classified, and placed in the Novel Food Catalogue.

As a result of the European Commission [EC] deciding to modify the entries relating to Cannabis Sativa, and CBD, widespread concern, and uncertainty has affected the entire market. The future of CBD related food and drink products, a large constituent of the hemp industry as a whole, is arguably at a critical juncture, both in Europe and the USA. The nuances and complexities of the USA’s approach to this issue, the pronouncements of Scott Gottlieb (the FDA Commissioner) and the ambit of the Federal Food, Drug, and Cosmetic Act, and section 351 of the US Public Health Service Act, fall outside the scope of this article, but must not be ignored.

What Changes Were Made?

The Novel Food Catalogue entry for Cannabis sativa was amended as follows:

The entry for CBD now widens the scope of cannabinoids amounting to novel foods, and states:

Thus, hemp seeds, flour and seed oil are not novel, being accepted as being widely consumed prior to May 1997, whereas post 1997 extracts of hemp and derived products containing cannabinoids are considered novel, especially (it would seem) where innovative methods potentiate the level of CBD within the product beyond the normal level to be found in nature. Cold-pressed hemp seed oil would not fall into this category, unless supplemented with CBD concentrate.

The Novel Food Regulation (2283/2015) considers that any food product is "new" if it were not used to a significant degree for human consumption within the EU prior to May 1997. The consequences are that any food product considered "new" must be authorized by the EC before it can be marketed anywhere within the EU. This will continue to apply to the UK, post-Brexit, as indicated by the Government and the Food Standards Agency (FSA).

Whilst the EC’s decision is only advisory, the re-classification of CBD was, to say the least, unwelcome to stakeholders within the industry and to consumers, creating profound uncertainty as to its long-term legality as an ingredient within foodstuffs or beverages, unless approved and authorised as a “Novel Food”. Much will depend on the individual State’s attitude to enforcement. The potential for CBD products being removed from commercial sale by Trading Standards Departments is not a merely theoretical risk, and the FSA has not formally communicated its intended approach.

The implications are huge, especially given predictions as to the growth potential of this billion pound market, with (according to the Cannabis Trades Association) 300,000 UK CBD consumers alone.

The EC’S decision has therefore led to some CBD brands and producers being forced to make applications for approved novel status, whereas others do not wish to concede the re-classification. This is because any application for authorisation in the case of a CBD novel food product would require the applicant to present a dossier of scientific evidence, containing a thorough and exhaustive toxicological analysis to support the contention that the product is safe, entailing potentially huge costs and long delays. It remains to be seen, for those who do apply, whether FSA and Trading Standards departments will remain tolerant pending the outcome of such applications. The application, by a Czech Company, Cannabis Pharma, can be found at here and is a useful guide to the hurdles that need to be surmounted. Further representations by stakeholders have recently been made in a most likely vain attempt to persuade EFSA to reverse its decision.

What Will the FSA Do?

The FSA has, as yet, not given any official guidance, thus further exacerbating the level of uncertainty, except to state on its website:

The FSA accepts the clarification from the EU that CBD extracts are considered novel foods. We are committed to finding a proportionate way forward by working with local authorities, businesses and consumers to clarify how to achieve compliance in the marketplace in a proportionate manner.

One beneficial consequence of the reclassification, whether it is temporary or not, is that it has stimulated vigorous debate, with producers and distributors reviewing their existing arrangements to ensure that the method of production is safe, products are properly labelled so as not to mislead consumers, and that there is nothing nutritionally disadvantageous in choosing to eat them.

So far as pending authorisations, it is difficult to see how any obstacle to authorisation could prevail on health grounds, given that The World Health Organisation (in a report last June 2018) stated that CBD was generally safe and well tolerated. This would suggest that the key issue arising in all of this is regulatory compliance, transparency as to methods of production and lawful marketing of such products.

Given the unknowns, a risk assessment is the obvious course of action for any producer, distributor, or supplier who has yet not already done so. Not only is it vital to ensure that the THC content does not exceed 0.2% (Regulation (EU) 1307/2013) in any CBD product, but that the CBD content is judged not to exceed the level to be found in nature, unless a novel foods application is made. The implications for non-compliance are too serious to be discounted, or ignored, and vary widely throughout the EU. Adroit and professional representation when engaging with the FSA, is an imperative.

Should you require advice or wish to have a confidential discussion in relation to this subject area, please contact us. 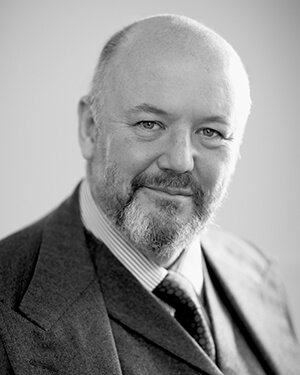 We help companies operating within the Licensed Trade and Leisure Industry to navigate this complex area lawfully and commercially.

We advise corporates and individuals on all aspects of investing and licensing in cannabis industry.

Medical Cannabis - the ABC of CBD

Medical cannabis in sport – what athletes need to know