The Court of Appeal has recently handed down its judgment in the case of Hirachand v Hirachand, concerning an appeal against an order made in May 2020 in proceedings brought by Sheila Hirachand for provision from the estate of Navinchandra Hirachand, her late father, under the Inheritance (Provision for Family and Dependants) Act 1975 (“the 1975 Act”).

Navinchandra died in 2016. By his will he left his entire estate to his wife. Sheila, as an adult child of the deceased, issued proceedings under the 1975 Act for such financial provision from her father’s estate as it would, in the circumstances, be reasonable for her to receive for her maintenance.

Sheila and her parents had an estranged relationship and she had not received financial support from them since around 2011. The judge noted that Sheila had longstanding mental health problems and had not been in employment since around 2011.

The trial judge was satisfied that the disposition of Navinchandra’s estate effected by his will failed to make reasonable financial provision for Sheila’s maintenance and he ordered that she be paid a lump sum award from the estate.

This article explores only the second ground of appeal.

At first instance, the trial judge ordered that the award Sheila should receive from the estate should be calculated by reference to what she required to meet her current financial needs.  He calculated that she should be paid a lump sum of £138,918 from the estate, which included an award of £16,750 towards Sheila’s CFA success fee.

The court heard that she had entered into a CFA with her solicitors in March 2018 which included a success fee of 72%, amounting to £48,175. It was submitted on behalf of Sheila that the total success fee should fall to be paid by the estate.

The judge ruled that it was appropriate to consider the liability for the success fee as part of Sheila’s needs. He considered that if he did not do so, one or more of Sheila’s primary needs would not be met, as the liability could not be recovered as part of any costs award from the other parties and she had no other means of funding the litigation. However, the sum of £16,750 awarded did not represent the totality of the success fee for which Sheila was liable, and represented an approximate 25% uplift, not the full amount sought.

The Court of Appeal Decision

The Court of Appeal was asked to consider whether the trial judge could, as a matter of law, exercise his discretion to include a sum for the success fee in the overall award, where the award was needs-based.

The Court ruled that a CFA success fee, which cannot be recovered by way of a costs order, is capable of being a debt, the satisfaction of which is a ‘financial need’ for which the court may, in its discretion, make provision in its needs-based calculation. The Court confirmed that the trial judge was entitled to regard the success fee as a debt capable of inclusion in the maintenance award.

However, the Court made clear that it will not always be appropriate for such an order to be made – it is unlikely that an award will include a sum representing part of a success fee unless a judge is satisfied that the only way in which the applicant has been able to litigate was by entering into a CFA.

Impact of the Court of Appeal’s Decision

This decision has profound benefits for successful 1975 Act claimants, whose only method of funding their claim is through a CFA.

Sheila accessed legal services by her legal representatives agreeing to act under a CFA, which are widely used in litigation and commonly known as ‘no win, no fee’ agreements.   These enable (mainly) claimants to fund legal action and pay their legal representative’s fees (and sometimes expenses) only in certain pre-defined circumstances.  This is usually if and only when they win their case or gain a benefit from pursuing it.  This also means they may not pay anything if they lose.

To reflect the risk of losing the case and therefore the risk of not recovering their legal fees, legal representatives usually agree to be entitled to charge an uplift on their fees.  This is known as a success fee, which cannot be higher than 100%.  It is calculated to reflect the risk of losing the litigation and the cost of funding the litigation.  In Sheila’s case, this was calculated to be 72% i.e. for every £10,000 in legal fees spent, a success fee of £7,200 would also be charged.

The importance of this decision relates to the question of what legal costs can be recovered by the successful party.  The usual rule in litigation is that the successful party is awarded their reasonable legal costs from their unsuccessful opponent.  However, since 1 April 2013, litigants have been unable to recover, as part of a costs order, the success fee from their unsuccessful opponent, save for some limited exceptions. This means they are often out of pocket simply because they needed to use a CFA.

However, the first instance judge in Hirachand identified this to be a problem. If Sheila was liable for a success fee and, if this ‘debt’ was not reflected in the final award, then the award may provide insufficient maintenance to meet her on-going needs.  The Court of Appeal’s decision that the judge was not wrong in law in making this decision has opened the door for other claimants to potentially recover their success fee (or part of it) in claims of this type.  It confirms that a judge has the discretion to allow a contribution to a claimant’s success fee where it is evident that without such contribution one or more of the claimant’s primary needs would not be met and thereby defeating the purpose of the claim, particularly in those involving modest awards.

Thinking about using a CFA?

A CFA is one method of funding 1975 Act claims.  However, an award may exclude a success fee if a claimant had other means of funding the claim, although the issues at the very heart of these claims suggest many will lack financial resources.  It is also clear that an award may not include the entire success fee and it will be important to carefully assess the merits of the case in order to calculate the success fee.  The first instance Judge seemingly carried out a rough and ready assessment of what a reasonable success fee may be and took an overly cautious approach to mitigate the risk of any injustice to either Sheila or the estate and other beneficiaries.  It is unknown whether Sheila’s legal representatives have charged her the balance of the success fee.

The viability of a CFA must also be considered in the context of the value of the estate and the impact on all of the beneficiaries.

Legal representatives and their clients should have clear discussions at the outset about the impact of a CFA across a range of possible outcomes so that the client only enters into the arrangement on a fully informed basis.

At Kingsley Napley, we offer a range of funding methods for 1975 Act claims, including CFAs.

Further information regarding wills, trusts and inheritance disputes and regarding professional negligence is available on our website.

Kate Salter is an Senior Associate in the Dispute Resolution team with a wide range of litigation experience, and with particular expertise in Wills, Trusts and Inheritance Disputes.

Dale Gibbons is Legal Counsel in our Costs & Litigation Management team. He advises on litigation funding and acts in costs management and costs assessment proceedings. Dale is also a qualified legal project practitioner. 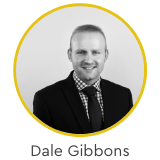 Actor Terry Jones’ children challenge his Will - but does suffering from dementia mean you can’t make a valid Will?

Why the date of death matters for creditors of insolvent estates

Spotlight on dementia: can you challenge a will despite the views of medical experts? 28 JUNE 2021