Home Insights Blogs Criminal Law Blog The rule of law in Ukraine during martial law: Review of changes to the criminal process

We are delighted to present, as a guest blog, the thoughts and views of Dr Valentyn Gvozdiy, managing partner of Golaw in Kyiv. Dr Gvozdiy outlines the significant changes to criminal procedure that have been heralded by the Russian invasion of his country and the subsequent adoption of martial law.

(The following text is based on a presentation given by Dr Gvozdiy to the European Criminal Bar Association conference in Riga, Latvia on 23 April 2022).

By Presidential decree on 24.02.2022, martial law was imposed on the entire territory of Ukraine. However, this development has not prevented the administration of justice, and both pre-trial investigation and the activities of the prosecutor's office continue.

Between the start of the war and the end of April, more than 30 pieces of draft legislation relating to criminal justice and procedure were presented to the Ukrainian Parliament, to ensure that law enforcement activities and the administration of justice could continue. The Ukrainian National Bar Association conducted a legal analysis of the drafts and made proposals and additions, which were partially taken into account by the relevant parliamentary committees.

Among the many changes to pre-trial investigation and criminal proceedings under martial law, Ukraine has abolished criminal liability for certain crimes, created new offences and, in some cases, increased sentences.

Problems for the courts

Given the danger to the judiciary and the parties to trials, information on the status of court proceedings - usually published on official web portals, as well as the Register of the Court Rulings - was closed to the public.

According to data published by the judiciary, active hostilities have prevented courts administering justice in 10 regions of Ukraine. In addition, 11 court premises have been destroyed or damaged. As a result, the legislature has granted permission the Head of the Supreme Court to change the territorial jurisdiction of cases in these courts. More than 130 courts have changed their territorial jurisdiction to date. Other courts continue to administer justice as usual.

Amendments to the Criminal Procedure Code during martial law:

The martial legislation has established a number of innovations to criminal proceedings:

The current Criminal procedure Code states that evidence obtained as a result of a significant violation of human rights and freedoms is inadmissible; however the imposition of martial law has the effect of diluting that protection. The effect of martial law on criminal proceedings involves a significant increase in the procedural capacity of the prosecution and the simplification of a number of procedures.

Art. 29 of the Constitution of Ukraine prohibits detention beyond 72 hours without judicial approval. Martial law has extended that period to 260 hours, in the face of objections raised by the National Bar Association.

Prior to the imposition of martial law, testimony provided at the pre-trial investigation stage could not be relied on by a court in reaching its final verdict unless that testimony had given again before the court itself. However, an unwelcome aspect of martial law is the relaxation of that prohibition: now, a court may accept evidence obtained during the interrogation of a witness so long as that interrogation was recorded and where the suspect was represented at the interrogation.

The prosecutor may apply a similar competence to the continuation of a preventive measure in the form of detention, previously a matter for the investigating judge. Extension of the term is allowed for up to one month and may take place repeatedly within the pre-trial investigation.

Prosecutorial powers have also been to decide on issues – without recourse to a judge - related to the implementation of the case; temporary access to things and documents; seizure of property; granting permission to enter a person's home or other property; granting a search permit; taking samples from items and documents; permission to conduct a covert investigative (search) action; and to extend the pre-trial investigation.

The National Bar Association declares that such legislative changes infringe constitutional rights and freedoms, and are risky steps for the legislature to take. We understand that all those guilty of committing criminal offences should be held accountable, but the issue of interfering with the rights and freedoms of such persons should be the sole responsibility of the court. We only can hope that the prosecutors will exercise these new powers responsibly, but we are concerned that the risk of abuse cannot be discounted.

We also worry that complaints against and objections to prosecutorial decisions, actions, or omissions may be considered only after the pre-trial investigation has been completed, when it is too late to restore the violated rights and freedoms of persons prosecuted at the stage of pre-trial investigation. It means that adequate protection against procedural violations is no longer possible.

Regarding the participation of the defence

Martial law has empowered investigators and prosecutors to ensure the involvement of defence counsel in a separate procedural action, including remote participation by audio or video in circumstances where in-person attendance is impossible.

The National Bar Association opposed such innovations, considering remote participation of the defence at the pre-trial stage to be an ineffective tool for the protection of those under investigation. The National Bar Association instead proposed to leave the issue of remote participation to the defence lawyer's discretion and not to the prosecution. Unfortunately, our objections were not accepted by the Parliament.

Before the imposition of martial law, criminal trials could be held by videoconference if the accused did not object. Now that right to object has been removed and the court may decides on a remote trial without considering the opinion and wishes of the accused person. Defence lawyers have been highly critical, being concerned that these changes cannot fully ensure the observance of the human right to defence and may lead to an unjustified violation of the right to a fair trial.

In March, a new offence of collaborationism (колаборейшнезім) entered into force. Parliament introduced criminal liability for cooperation with the aggressor state in the information, educational, political, military, administrative, economic and labour spheres.

If an authorized person carries out collaboration actions on behalf of a legal entity, liquidation may be applied to such entity.

In addition to collaboration, also other actions have also been made criminal. Among them are the following:

Increased sentences have been adopted for the offences of treason, diversion, marauding and other criminal offenses against property.

In order to ensure the participation of civilians in repelling and deterring armed aggression of the Russian Federation, the Criminal Code was further amended to exclude their liability for the use of firearms against persons carrying out armed aggression against Ukraine.

Outcomes: the importance of respect for human rights in criminal proceedings during martial law.

Ukraine has sought to ensure full and speedy pre-trial investigations under martial law by making changes. While there may be an argument that such changes are necessary in the current extreme circumstances, the National Bar Association considers that it is essential to respect the rights and interests of all participants in criminal proceedings. In our opinion, endowing the prosecution with the powers of an investigating judge may lead to a violation of the balance of interests. We hope that the prosecution will objectively and impartially perform its temporary duties under martial law, which risk significantly limiting a suspect’s or defendant’s rights.

Dr Valentyn Gvozdiy is the managing partner of Kyiv based law firm GoLaw. 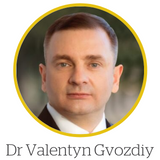