Routes to parenthood: An evening exploring the options available to LGBTQ+ and modern families

Launch of the ECBA statement on mutual recognition of extradition decisions

Medical Negligence and Personal Injury claims: what you need to know - Episode 8 - Settlement or Trial

Edward Fennel, journalist for The Times and The Brief attended the event, and wrote the following on 1st March:

Lawyers and journalists packed into the Regent Street Cinema in London this week to hear from David Walsh, the Sunday Times journalist, and his tale of exposing Lance Armstrong’s drug cheating in the Tour de France. The roll call of firms and chambers was impressive — staff from Allen & Overy, Simmons & Simmons, Hogan Lovells, Taylor Wessing, White & Case and Kingsley Napley were present, as were barristers from Maitland, 2TG, Littleton, Monckton and Outer Temple. Significantly, UK-Anti Doping staff were there in force. Conspicuous by its absence, however, was Schillings, which played a key part in the London end of the story. The night raised questions about how far lawyers should go in defending the indefensible. For once, the journalists were the good guys." 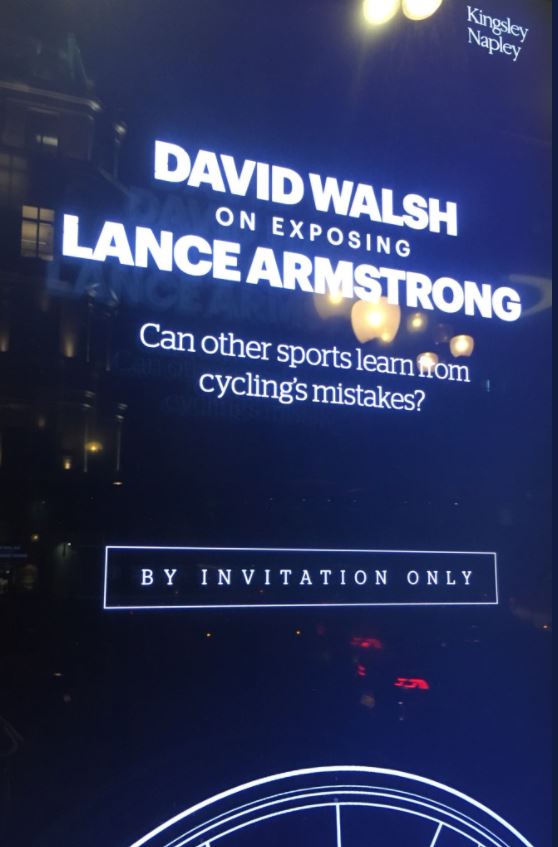 Back to basics with testamentary capacity

What Succession tells us about protecting your assets

Spring Statement – The route to net zero or an unworkable incentive?