As part of our Brexit legal perspective, we are always very keen to know how other countries view our decision to leave the EU and what issues and challenges they believe we may face along the way, with particular reference to their jurisdictions. We have therefore invited a series of guest bloggers to share their thoughts with us  and we welcome further ideas and contributions for this series. If you would like to take part, then please contact Helle Asquith.

In this first blog of the series, Dublin lawyers Melanie Crowley and Martin Kelleher of Mason Hayes & Curran share their view from Republic of Ireland.

A view from Ireland

There is a view across the UK that Ireland stands to gain as a result of Brexit. While that may well be true, it is only a very small part of the story and Ireland is likely to lose far more than it will gain.

The physical, cultural and historical affinity between Ireland and the UK is well known and accepted. The UK is Ireland’s largest trading partner with between €1 billion and €1.2 billion worth of goods and services traded between our respective countries every week. Britain’s exit from the EU will inevitably result in increased costs, higher tariffs, barriers to trade and ultimately fewer sales. As a result of our affinity, ripples in the UK can become major tremors in Ireland.

Ireland’s commitment to the EU is unquestionable and we have been a net beneficiary from our membership. Our continued membership means that we are unlikely to be able to deal with the UK in isolation. As much as we might wish to strike side deals with the UK, particularly in relation to trade and common travel, it is hard to see now how this will be possible.

Theresa May, during a recent visit to Ireland, pledged to seek to avoid a hard border between our countries. Both she and the Irish Prime Minister (Taoiseach), Enda Kenny have spoken about a “seamless” and “frictionless” border. However, neither leader has explained how they see that working in practice. This pledge and Ireland’s unique relationship with the UK is called out in the White Paper published on 17th January 2017. “Protecting our strong and historic ties with Ireland and maintaining the Common Travel Area”.

Ms May commits to working “…to deliver a practical solution that allows for the maintenance of the Common Travel Area, whilst protecting the integrity of our immigration system and which protects our strong ties with Ireland...”.  All of this is positive but it remains light on detail and provides no answer to the real question – How?

Ireland and the UK have worked hard over the past 20 years to put the troubles in Northern Ireland behind us. There were joyous celebrations at the time of the ceasefire in 1994 and, indeed, when the Good Friday Agreement was signed in April 1998. The thought of re-establishing a hard border around the six counties of Northern Ireland would seem an anathema to most Irish people residing both North and South
of it.

Peace and politics aside, almost as many social insurance numbers are issued each year to Britons entering the Irish workforce as Irish citizens entering the UK workforce. The traffic flows both ways and, while this might not be surprising, one has to wonder what will happen if a time comes when Irish people will need permission to work in the UK and vice versa. While there is talk of amnesties for EU citizens (including Irish) currently working in the UK and UK citizens working throughout the EU, it is almost inevitable that any barriers to the free movement of people as between the UK and Member States of the European Union will have a disproportionate effect on the Republic of Ireland.

Once the UK leaves the Union, Ireland will be the only English speaking country remaining which, coupled with our common law jurisdiction, will make it an attractive gateway to Europe.  Ireland as a small island with an open economy which is built on international trade will always be affected by political and economic changes in the EU and the US. We have been here in (too!) recent times; the 2008 collapse of Lehman Brothers triggering a global recession and resulting in Ireland requiring EU-IMF financial assistance in 2010.

The recovery in the Irish economy has been driven by a number of key factors:

We wait to see how President Trump’s economic plans and Britain’s triggering of Article 50 of the Treaty of Lisbon will affect the global economy and Ireland in particular. The fact of the matter is that we will be divided from our closest neighbour, ally and friend. This is a time of uncertainty – for everyone. The public pledges and papers have done little to lend clarity to what might happen.

A PDF version of this article can be downloaded HERE.

Should you have any questions about the issues raised in this blog, please contact authors Melanie Crowley, Partner, Employment Law & Benefits or Martin Kelleher, Partner, Corporate, at Mason Hayes & Curran.

If you would like to take part with a view from overseas, then please contact Helle Asquith by email with your suggested blog.

If you have questions about the legal implications of Brexit for you, your family or business, please contact a member of our Brexit team or for further insights and practical fact sheets, visit our Brexit hub. 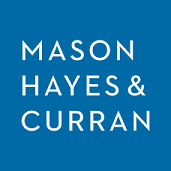 Investing in the UK

Expanding an overseas operation, or setting up and investing in a new one. Our experts can help.

Moving to the UK

Making your home in another country can be complicated. We’ll help simplify the process.

Covid vaccination and the workplace – what you need to know

Mrs May's promise on workers' rights will not survive Brexit

The Brexit ruling - did the Supreme Court get it right?

The Brexit ruling - summary of the decision of the majority

What if Brexit really means Brexit for construction?

Brexit - what French nationals in the UK need to know

The EU Data Protection Directive on Police and Criminal Justice Cooperation – BREXIT Impacts for the UK?

What should EEA citizens living in the UK do next?

Webinar: Brexit - what this means for EU employees and their families

What would a Brexit mean for UK employment law?

The EU Referendum – what impact would Brexit have on civil litigation?